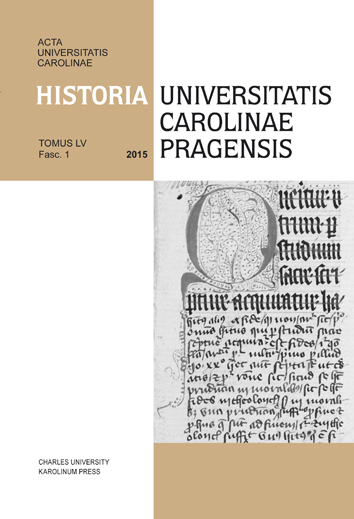 Summary/Abstract: The article deals with the nominalist heritage at Prague University during the late middle ages, more precisely between 1366 and 1409, and the role of Henry Totting of Oyta. It first summarises several institutional milestones of the Prague Nominalist schola communis, i.e. the founding of Charles College in 1366 and a series of institutional controversies from 1384 to 1409. It also provides a provisional prosopographical determination of the particular nominalist generations. Secondly, this paper also retraces Oyta’s influence within the Prague controversy over the real existence of universals (universalia realia) in texts deeply immersed in the nominalist heritage, for example of Conrad of Soltau and John Arsen of Langenfeld.