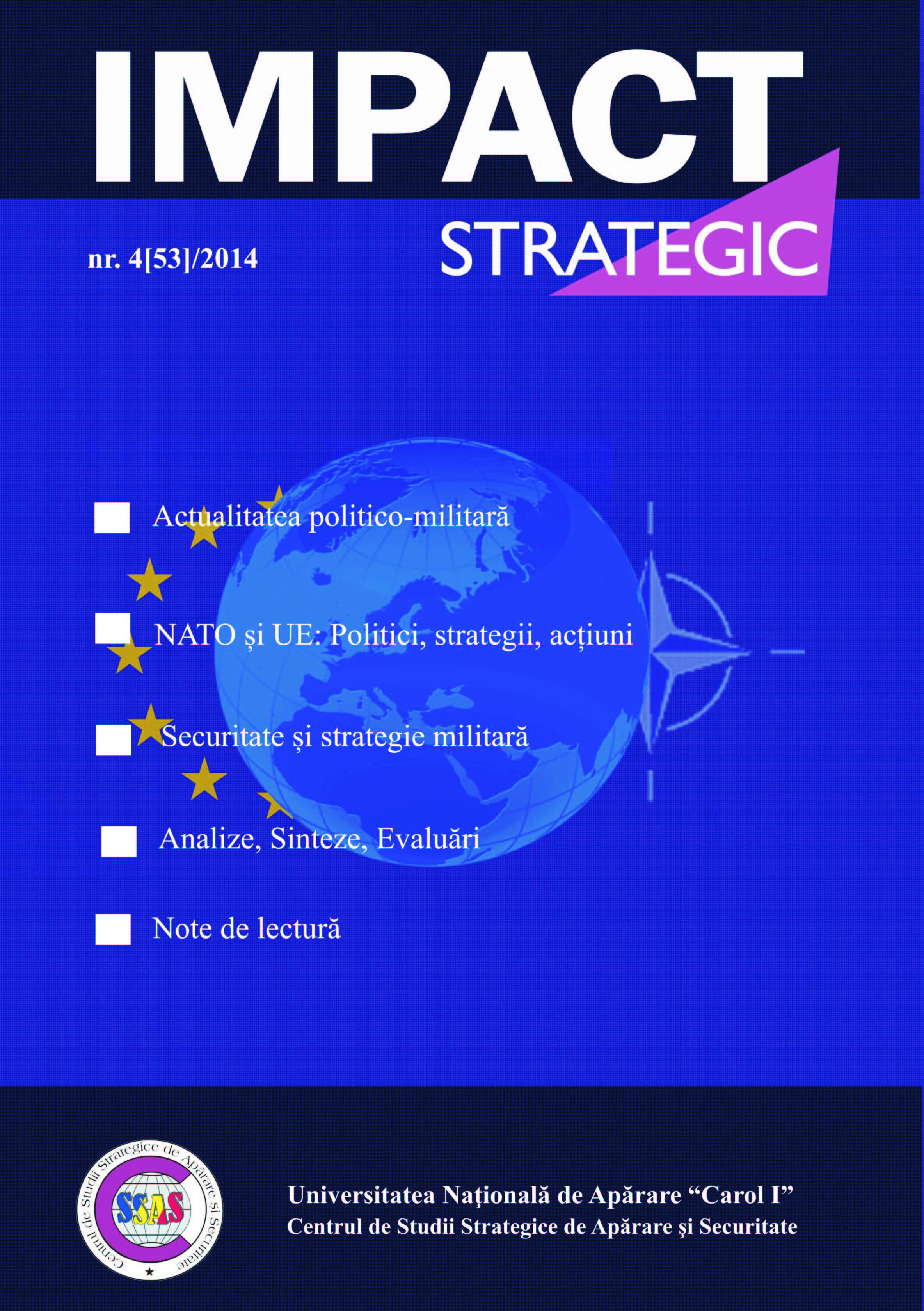 Summary/Abstract: A war ended and another has begun. Like a bridge between Afghanistan and Ukraine, the NATO summit 2014 held at Newport brought in spotlight the force, cohesion, unit of action and the Allies wish of defend and preserve the organization. If the NATO summit held in 2008, at Bucharest, was marked by the conflict in Georgia and Chicago summit in 2012 marked the Arabian Spring, the Newport summit was marked by the unaligned, hybrid and atypical war in Ukraine.The exponential development of military techniques and technology, as well as the introduction in the warfare equation of the newest doctrinal concepts imply a prompt and adequate reaction of the Alliance, proving that NATO remains the basic pillar of global stability.NATO Readiness Action Plan to increase the responsiveness capability shows a chess reaction on the chessboard of the present world polarity and emphasis the fact that forces assume a posture or change it for another depending on the anticipated movements of the adversary.By implementing the rapid reaction force, collective defence gains coherence, vision, and training and enhanced exercises to meet a capability able to be credible, reactive and effective.At the beginning of a century characterized by technological boom in all fields, especially in the military, the Newport referential signifies the Alliance command and control redefinitionin terms of cyber space a resettlement of power balance in terms of forces.