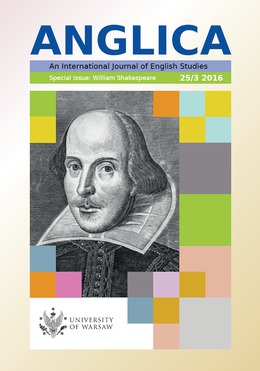 Summary/Abstract: The pronunciation of Early New English, a period of the language when William Shakespeare lived and worked, still hides many puzzles. Although linguists have worked out a model of pronunciation of at c1600, there still remain controversies concerning the speech of Shakespeare and his contemporaries, such as u-centralization (cup), contrast of [æ:] : [a:] (last, dance) with sociolinguistic factors involved, etc. The conflicting views on Shakespeare’s pronunciation emerge when it comes to the interpretation of vowels in the rhymes of his poetic texts. The present brief study which is confi ned to the rhymes in his poem Venus and Adonis aims at offering a relatively uniform interpretation of the value of vowels in such rhymes. The main goal is determining whether they are pure rhymes, eye rhymes, or quasi rhymes, the last ones based neither on phonological nor spelling similarities. The solutions suggested are of course not final so that modifications and amendments are welcome.