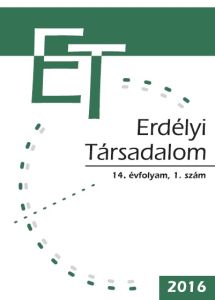 Migration, Community and Settlement Development in a Village in Hungary

Summary/Abstract: In this paper we present the case of Kisfalu, a cul-de-sac village in Hungary the history of which can be presented as series of migrations, and as a glory and decline of a well-off village. The number of Hungarian inhabitants of this village had dropped by the 1700’s, therefore German people (‘schwaben’) were settled here in 1720–21. Then Kisfalu started to develop rapidly, and by the 20th century, with its 3000 inhabitants, it was the most embourgeoised settlement of the area. After the Second World War residents from the German ethnic group were deported and new settlers came from Békés county (Eastern part of Hungary) and from Felvidék (a part of Slovakia inhabited by Hungarians). By the end of the 20th century Kisfalu had declined both demographically and economically. Currently, a part of its inhabitants live in economic and social deprivation – as it is typical to Hungarian cul-de-sac villages. New settlers started to move in during the 1990s. Alienation from urban life and nostalgic desire for rural life motivated the first wave of newcomers who were mostly families with many children. In the 2000s some families engaged in organic farming and some foreigners (English, Dutch) also settled in the village. In this decade an eco-community was also established, which participates in the Hungarian ecovillage movement, and attracted many other eco-conscious settlers to Kisfalu. From the 2010s further families with diverse motivations moved here. The scientific literature of urban-rural migration is very well acquainted with the phenomenon of groups of urban migrants arriving to rural settlements with the desire of ‘real’ community life and accordingly starting an active community-building activity. Commonly, premodern values and a demand for authenticity are present among their values, which also manifests in the retraditionalisation of community life and in the re-interpretation of tradition. It is also true for Kisfalu that newcomers manage the civil life of the village, therefore their demands, taste and values significantly determine local communal and cultural life, and thus transform local identity. In this paper we examine how migration affects the social structure, as well as the social and economic life of Kisfalu; what kind of countryside images and related ideologies work in the village; and how these images effect the development efforts and the life of the village.