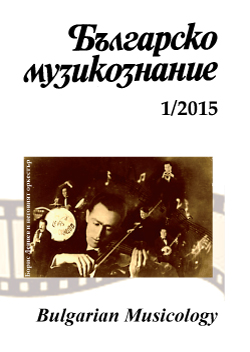 Summary/Abstract: Leopold Mozart’s treatise was published in Bulgarian for the first time in 2013. Margarita Georgieva translated the work, following its earliest edition of 1756. The review traces the narrative of the book as compared with some contemporary systems and methods of teaching violin, outlining the problems with rendering some of the terms. A Try at Early Violin Training was hailed as a work by a brilliant musician of wide interests, of admirable music culture and general knowledge. The treatise gives a comprehensive picture of musical thought of the mid-eighteenth century in Western Europe and especially, in German-speaking countries, where musical culture enjoyed an unprecedented flourish excelling in all areas of this art. The work goes far beyond the purpose, specified in its title. It could be used also by musicians playing other instruments, mostly the stringed, of course. Knowledge of the principles of the days of the so-called old music has been largely forgotten, which reflects on composition and mostly, on performing over the following centuries. That is why it is so gratifying to have Leopold Mozart’s treatise in Bulgarian. Should we succeed in adding some of the works by Nikolaus Harnoncourt to this very important step, we’d then get a bigger picture of the ‘old music’. This Bulgarian edition was released by Haini publisher under the editorship of Penka Jeneva, Yossif Radionov, Tomy Karklisiyski, Pencho Stoyanov and Mariana Buleva.