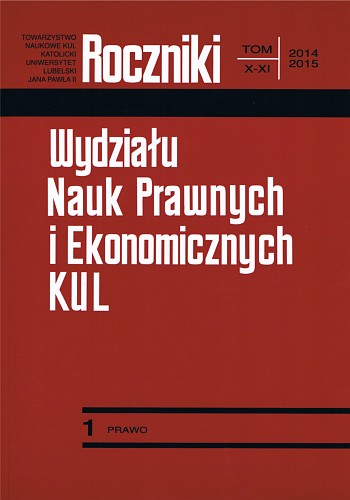 Summary/Abstract: In the 18th century, the doctrine of separation of powers was established as a remedy for tyranny. The reception of the principle of separation and balance of powers in Poland was very fast, relative to its formulation. This happened together with the establishment of the Third of May Constitution. The Second Republic of Poland had two constitutions, apart from provisional acts of constitutional rank. The first, March Constitution directly referred to the principle of separation of powers. The other, April Constitution was a contradiction of the former. The political system of the PRL was without any doubt a totalitarian one. The Third Republic of Poland returned to a system based on the separation of powers, especially in the period when it regained full sovereignty and it quickly returned to building its political system based on this very principle.