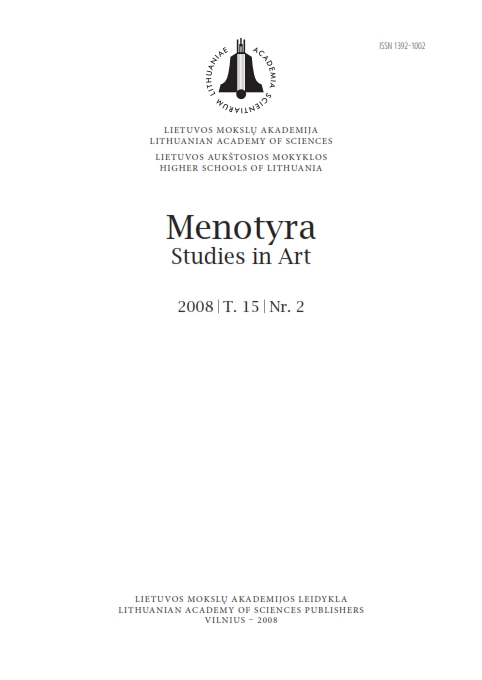 Summary/Abstract: This article aims at finding out whether Lithuanian contemporary artists use conventional strategies of documentary film in their documental video works and how they experiment with these conventions, questioning or broadening the notion in the documentary film. The theory of documentary film is applied to the analysis of video works: documentary modes of representation defined by Bill Nichols and entitled as expository, observational, interactive and reflexive modes are recognised in Lithuanian video works. The expository mode is very rare in Lithuanian contemporary art, while observatory and interactive modes are quite frequent. Various reflexive strategies are regarded as experimental and analysed in detail: exploring the boundaries of fiction and nonfiction; observing how documentary filmmaking affect the reality that is filmed; crossing the boundaries or neglecting the conventions of documentary genres; exposing the process of filming and the structure of a film; educating the critical attitude of viewers towards the documentary film; applying the structute of psychological experiment and the method of reconstruction or re-enactment of events; searching for alternative histories and alternative ways to explore history; neglecting the conventional documentary language and searching for new forms of expression, such as using a typical visual material, indirect relation between images and text, the use of animation and other formal innovations.