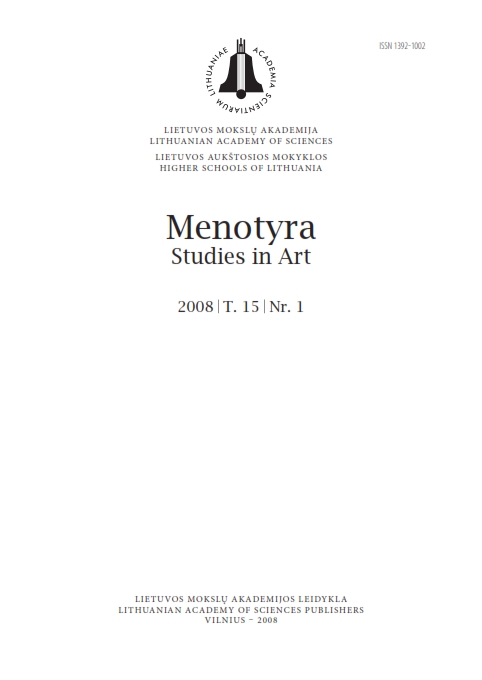 Summary/Abstract: Two woodwinds, ugav and chalil, are mostly mentioned in the Hebrew Bible during festive occasions, joyous processions or mourning, and they designate a man in different typical emotional states; they could also be used to worship God (most probably not in the Temple). Ugav and chalil comprise a broad semantic area, that is why it is not easy to clearly identify them owing to a variety of possible interpretations; they also display the inner conflicting nature of a biblical symbol when one and the same sign may convey differing states. These instruments are mentioned in the Bible much less frequently than string instruments and sacral-ritual wind instruments. Ugáv (Hebr. aháva – a passion, lust) is one of the most difficult instruments in the Scriptures “to recognize” as it is mentioned only four times, always in the singular and together with the strings. Due to its mysteriousness it received different interpretations of translators and researchers (although usually it is treated as a flute-type instrument). Chalìl (Hebr. chalál – to scoop, to pierce) is a folk instrument presumably of the Schalmei type; due to its nasal, emotional timbre it was used to create a specific emotional atmosphere, an ecstasy. Since the epoch of the Kings (11th c. BC) it has been widely used to express both joy and mourning; the ambiguity of its symbolism becomes evident in the poetic fragments of the books of the Prophets (Isaiah, Jeremiah). One can approach chalil, a funeral instrument, from a mystical angle: in the biblical world, death is the continuation of life in a different form; the instrument, which sounded during life change when man’s existence acquired a new form, could also mark the mysteriousness of this change. The translations of the names of ugav and chalil testify to the complicated classification of traditional Lithuanian winds. The search for Lithuanian equivalents of these instruments yielded the image of “a pipe” which was preserved in a number of Bibles – from that by J. Bretkūnas and J. Quandt to the 20th c. translations of the Old Testament (those by J. Skvireckas, A. Vėlius, K. Burbulys) and the Psalms (those by A Liesis, D. Valentis). This may be accounted for, in the Protestant translations, by relying heavily on M. Luther who mostly referred to these instruments as “Pfeiffe”. In Lithuania, the name of “the pipe” was mostly applied to the winds without the reed such as “švilpos”, “lumzdeliai”, long wooden pipes “dūdos” with holes; still even instrumentologists find it difficult to categorise them due to the terminological intricacy or overabundance of terms. The two terms – “vamzdžiai” and “fleita” (the latter starting with the 2nd part of the 20th c.) – are general names used to cover ugav and chalil, to identify the type of whistling aerophones, thus, the identification of chalil and ugav is erroneous; on the other hand, when ugav and chalil are generally referred to as “birbynė”, this name is correct with reference to chalil, but wrong with reference to ugav. In A. Jurėnas’ translation, both ugav and chalil are given three different names–“- vamzdis / vamzdeliai”, “fleita”, and “skudučiai”; he is the only translator who employed a characteristic Lithuanian folk musical instrument – skudučiai. Based on the treatment of ugav as “the Pan’s flute”, which was popular at the junction of the 18th –20th c. c., the concept of skudučiai as a unit of 5–8 tubes may be etymologically acceptable.