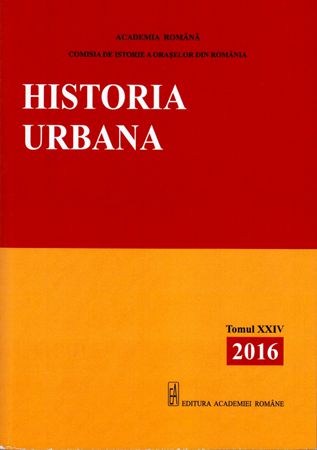 Summary/Abstract: Focusing on the example of Iași in the 1960s, this article analyses perceptions and attitudes of local actors towards the transformation and management of the built environment, following the decentralization of urban planning activity in the late 1950s. The largest town in Eastern Romania and former capital of late-medieval Moldavia, Iași benefited in this period from substantial funding for industrial development. Unlike the reconstruction policies of the 1950s, which had produced little change in terms of scale, the following decade was characterized by the expansion of the industrial area and the construction of new modernist districts at the periphery. Using as a main source the minutes of the meetings of the local Popular Council, the article focuses on three main aspects: the beautification of the old centre, the new housing districts at the periphery, and the maintenance and distribution of the existing housing stock. The points of view expressed during these meetings by a diversity of local actors (bureaucrats, Party members, specialists, citizens) reveal strategies of contesting and adapting centrally-formulated requirements to the local context, but also the tensions generated by diverse social, economic and political pressures. Of particular interest is the management of the existing housing stock, caught between official demands for conservation, poor management and maintenance, and the inequalities of housing distribution policies.