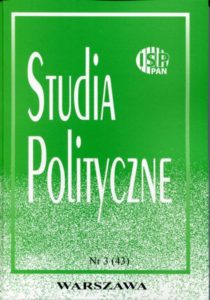 Summary/Abstract: During the nineteen months when Minister Anna Fotyga was in office, Polish foreign policy underwent significant changes. The style of politics also changed. Unlike her predecessors, Fotyga did not aspire to the role of chief architect of foreign policy – the president and prime minister played the leading roles in this regard. There was close cooperation between the main authorities with responsibility for foreign policy. At the same time, divisions between the ruling camp and the opposition were deepening.Fotyga’s approach to international challenges remained in line with the programme of the Law and Justice (PiS) party. The EU’s support for Polish demands on the embargo imposed by Moscow at the summit in Samara can be considered a success. In contrast, Fotyga’s attempts to increase energy security through closer cooperation with the countries of Central Asia, bypassing Russia, failed. The mission of Fotyga as head of diplomacy was interrupted as a result of early parliamentary elections.Fotyga’s biggest problem, as a politician rather than as a foreign minister, was her negative media image, which was a result of the political rivalry between PiS and the Civic Platform (PO) party.The activity of Minister Fotyga is examined in the context of the conditions of the international system, internal policies and her role as an individual decision-maker. The internal conditions – i.e., the strong polarization of the political scene due to the rivalry between PiS and PO – were the most important factor in her activity.