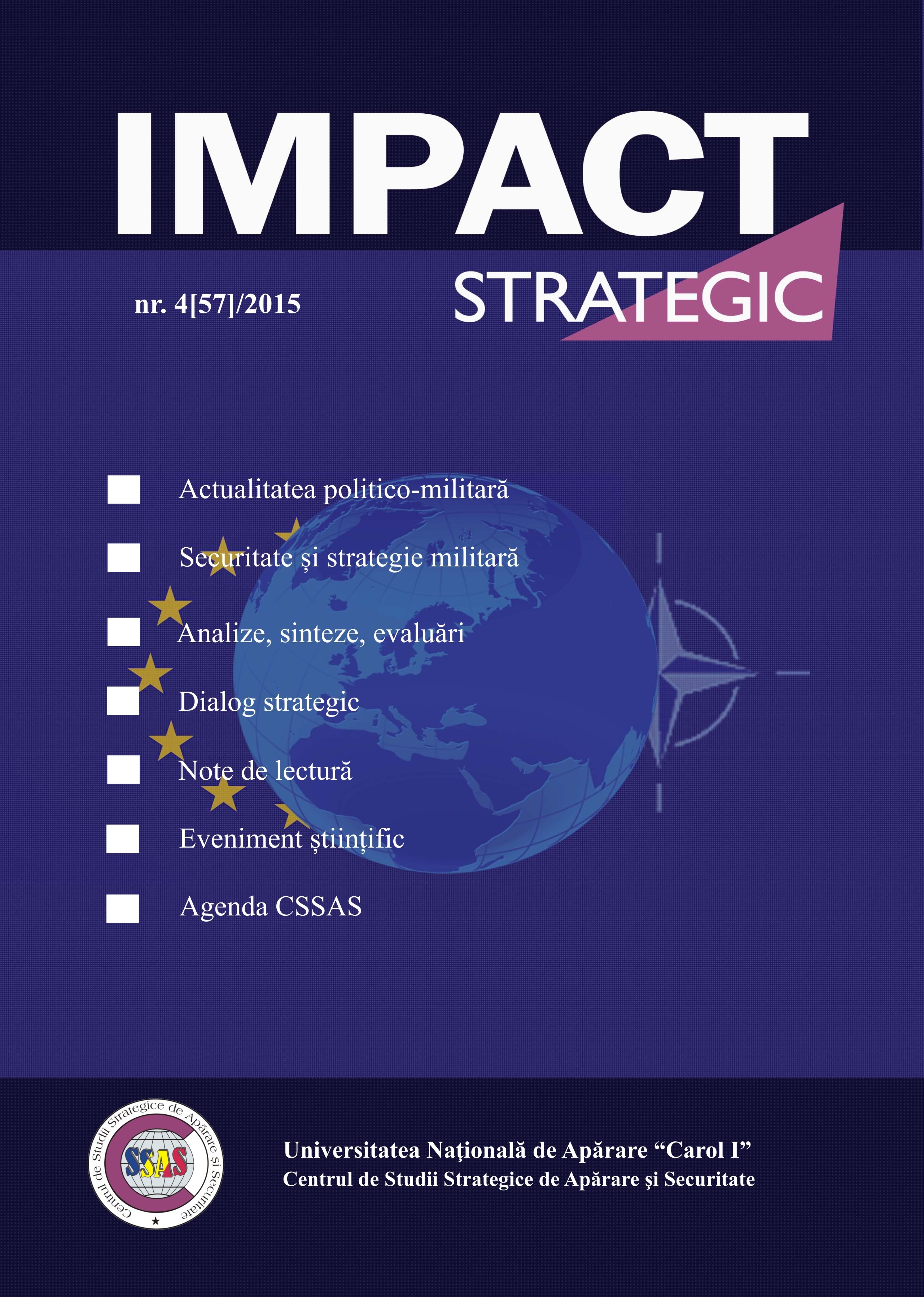 Summary/Abstract: Turkey’s geopolitical importance cannot be challenged. It primarily derives from its geographical position at the intertwinement of Europe and Asia, but also from its culture – which is at the confluence of the Western world and Islam – and from its role in world economy, as an emerging state and a hub of energy – between hydrocarbon resources of the East and the consumption needs of the West – and essential commercial transport route for both parts of the world. So, all these factors put Turkey in a double geopolitical posture as Eurasian security pivot and East-West interference state.Lately, security policy agenda of Turkey took a turn – not necessarily unexpected as controversial–, which directly affects the Western world and even beyond. Considering this aspect, in the present paper there are analysed some geopolitical and security aspects of the Turkish state designed to increase the predictability of Ankara’s administration actions by presenting some estimated directions of evolution of its security and foreign policy.