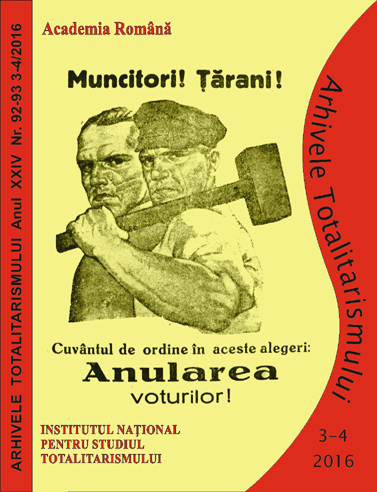 Summary/Abstract: Since the takeover of the Soviet power in 1925, by adopting an ideology tributary to the Tsarist roots, Stalin succeeded – the signing of the Moscow Pact (August 23, 1939) – to impose his own ‘russocentric’ policy. Through the Molotov-Ribbentrop Pact and the Soviet-German partnership that followed (1939-1941), Stalin managed to create a replica of the Russian Empire at the western borders of the USSR. The extension of Soviet influence in the territories of eastern Poland, the Baltic States, Finland and Southeastern Europe (Bessarabia and Northern Bukovina) meant ensuring a restricted security sphere at the boundaries of the west of the Soviet Union. We believe that, for Stalin, the security of the Soviet state could be fulfilled only through the international political supremacy, an ideal followed by every russian vojdi (leader). In our study we observe whether and to what extent the role of the Russian idea– manifested by the need for supremacy – was decisive in designing and implementing foreign policy directions by Stalin during the Soviet-German alliance (1939-1941).