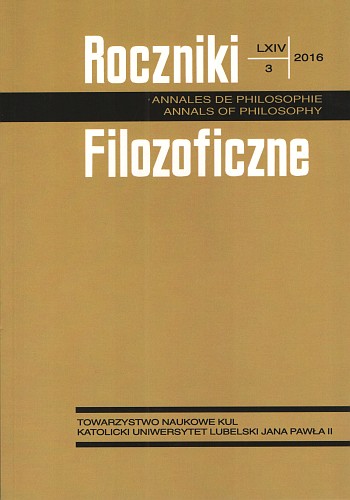 „Kim przez swe życie stajemy się dla innych”. Myślenie i miłość, filozofia i polityka w życiu Hannah Arendt i Martina Heideggera
„Who Do We Become to Others throughout Our Lives.” Thinking and Love, Philosophy and Politics: About Hannah Arendt and Martin Heidegger

Summary/Abstract: The article presents the biographies and philosophical views of two German thinkers of the twentieth century—Hannah Arendt and Martin Heidegger. Two world wars during the lifetime of one generation, not crowned neither with the final triumph of peace nor respite, formed, but in a very different way, these two philosophers. Hence the philosophy and politics influenced their life path, choices, decisions and pains. How did it happen, however, that Hannah Arendt came the way from theoretical to political philosophy, becoming one of the most important voices of political philosophy in the twentieth century, while Martin Heidegger, although made a dramatic attempt to create in his philosophy the foundations for a policy stuck in his hermetic language, unable (and after the war, not having had validation of life) to analyze on the basis of philosophy the political issues? Taken reflection is an attempt to answer the question of why the Jewish thinker became a philosopher of politics, and the German philosopher, although he wanted the metaphysics as a historical metapolitics of the nation has never had the right to do it. What was the source of the variability of these two thinkers? Was it only a difference of characters? Or maybe somewhere at the roots of their life choices lied the ideas they have lived and preached? Maybe that's why Heidegger after the war, chose the escape, unwilling or unable to deal with who Adolf Hitler turned out to be, what was the final solution, Auschwitz, genocide, while Arendt remained faithful to thinking and love showing people of twentieth century the origins of totalitarianism.