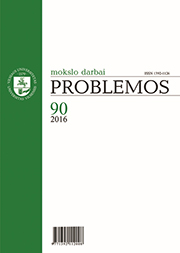 Summary/Abstract: The article deals with a controversy between absolutist and relationist conceptions of space and time. Comparison between Newton’s and Leibniz’s theories is drawn. Points of view of other philosophers who took part in the discussion are also analysed. Strong and weak parts of both theories are revealed. The article is not aimed at taking sides in the debate rather it provides the reader with a possibility to construct his own assessment. The publication states that premises of both conceptions of space and time are metaphysical rather than physical. However, this classical debate is still relevant in today’s modern scientific context.