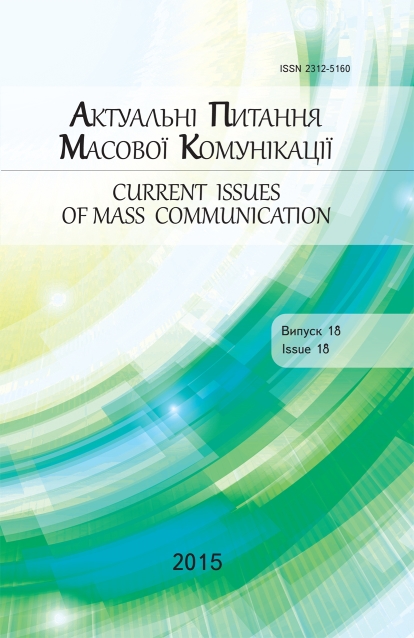 Summary/Abstract: In this research the subjective reasons for the expansion of global culture in local cultures are explored. The main objective is to analyze the subjective factors of the cultural imperialism and to show that psychological, marketing and technological factors are no less important than ideological and economic reasons of globalization. The methodology of research is based on cultural approach to the process of cultural imperial-ism, which describes at least four main scenarios of globalization. The first scenario is a global homogenization and cultural unification under the influence of "cultural imperialism". The second scenario, "peripheral corruption" is the expansion of the Western culture to the peripheral segments in a global world, where the peripheral cultures filtrate and adapt the global cultural products. The third scenario is a "mosaic" culture of the isolated competing cultures of the hostile civilizations. The fourth scenario is an open egalitarian world with intense cultural exchange.We conclude that the subjective aspects of cultural globalization relate to the production of discourse, in which great narratives are challenged by the diversity of consumption practices. Given that globalization policy involves multiculturalism, the multiplicity of identities triggered by the virtualization technologies causes the new forms of cultural interaction and allows playing with different cultural contexts. The cultural imperialism is caused by the interpenetration of cultures resulting from the multicultural policy of the Western countries, that creates the effect of self-identity within the global cultural discourse.Cultural imperialism takes place due to the media-globalization, since the media-culture dominates in contemporary cultural discourse. In the contemporary socio-cultural environment, the media acquired global significance and technologically expanded human capabilities. A distinctive feature of the modern technologies is their potential to not only extend human capabilities, but also to significantly influence humanity, change human’s perception of the world and of oneself.Based on the cultural approach to the problem of globalization, we substantiate that in contemporary Ukraine the second scenario of cultural imperialism ("peripheral corruption") dominates. It filtrates the globalized cultural products and adapts them for itself.