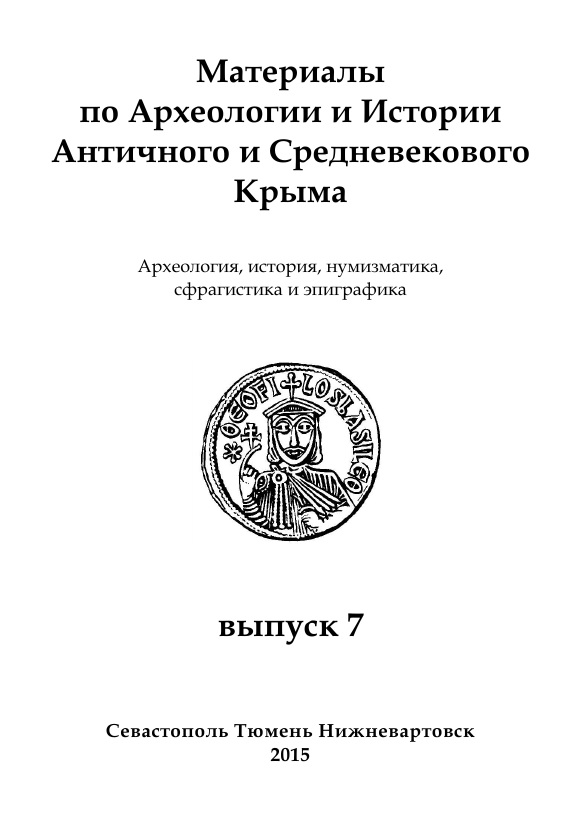 Summary/Abstract: In the 2010—2013 Ukrainian-Polish archaeological expedition resumed the study of the Bronze Age barrows near Bukovna village, Tlumach district, Ivano-Frankovsk region, begun in the 30s of the 20th century. In the wood to the west of the village were recorded five burial groups and several mounds standing alone. A few barrows are situated on the fields south of the village. In general, in the ancient times cemetery consisted of about 50 mounds.In group № 1 were excavated three barrows, one more — in the group № 2. The earliest barrow among the studied mounds is № 1 in the group № 2. It can be dated by the late III — beginning of II millennium BC, and synchronized with the Postcatakomb cultures and with Epicorded cultures horizon. The barrows excavated in the group №1 belong to the early phase of Komarovskaya culture and are dated in the limits of the second quarter of II millennium BC. All the barrows of this group contained decorations of nonferrous metals. The general ceramic complex is of more than 60 vessels. Mounds of both groups contained of about 2000 flint artifacts, dated from the Paleolithic to the Late Bronze Age.Geodesic, geophysical, paleopedological, dendrologic, paleobotanic, palynological, anthropological researches on the monument were carried out. A spectral analysis of metal and radiocarbon dating were done.