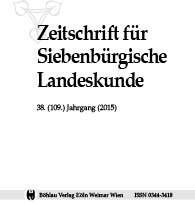 Summary/Abstract: Transylvania not only suffered the ravages of endemic conflict between the Ottoman and Habsburg Empires, but also divided religiously in an already ethnically-divided region.From 1542 onwards, the Transylvanian Saxon pastors grappled with the challenges of teaching the ideas of the Lutheran Reformation. The main difficulty came from turning complex theological concepts into easy-to-understand ideas for mostly uneducated communities. After Calvinist and Antitrinitarian ideas began to flood the region during the 1550s and 1560s, pastors had the additional task of persuading their congregations to stay Lutheran. It is in this context of religious and social upheaval that Damasus Dürr’s sermonsplay an important role. While Dürr served as pastor in the small village Kleinpold (present day Apoldu de Jos, Romania), he composed many of his sermons that addressed the pragmatic concerns of living as a Lutheran. I argue that the greatest purpose of sermons for Dürr was to keep his congregation Lutheran.