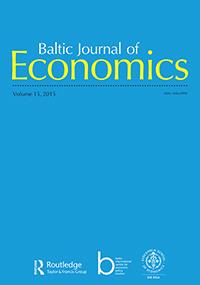 Summary/Abstract: Estonia has the highest gender wage gap in the European Union and the highest degree of gender segregation by occupation and industry. Previous studies have found that most of the gap remains unexplained by personal and job characteristics. However, key job characteristics, occupation and industry, are usually imprecisely measured, leading to the question of whether all relevant characteristics have been properly taken into account in the decompositions. In this paper, we perform the decomposition of the wage gap to see how much of the wage gap remains unexplained after using more detailed data than has been common in previous studies (the Estonian Structure of Earnings Study data set), and discuss the related methodological challenges. Using a non-parametric method that takes into account differences in supports of distributions of male and female workers’ characteristics, we find that using more detailed data does not eliminate the unexplained wage gap: about half of the wage gap remains unexplained even using the full set of available variables.