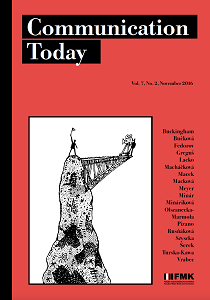 Summary/Abstract: According to theories presented in scholarly literature concerning the subject, women are perceived in terms of soft qualities such as empathy, agreeableness, friendliness or mildness, whereas politics is presented as ruthless and full of conflicts. Therefore, dispositions expected from politicians are not compatible with the culturally and socially held elements of the feminine role. The aim of the study is to compare the weight of two factors: qualities attributed to women, and qualities attributed to politicians. The verification is presented through an experiment (N=82). Its procedure involved the respondents’ initial evaluation of female leaders of Polish political parties in the 2015 parliamentary election, and then showing them campaign spots in which the evaluated women were straightforwardly presented as active politicians. After watching the spots, the respondents were asked to evaluate the women once again. The results of the experiment demonstrated that in the main traits indicated in the pre-test were those resulting from the social role and deep-rooted stereotypes. This perception was significantly changed by the stimulus affecting the participants, i.e. the exposure to campaign spots, in which the three women were presented as active politicians.