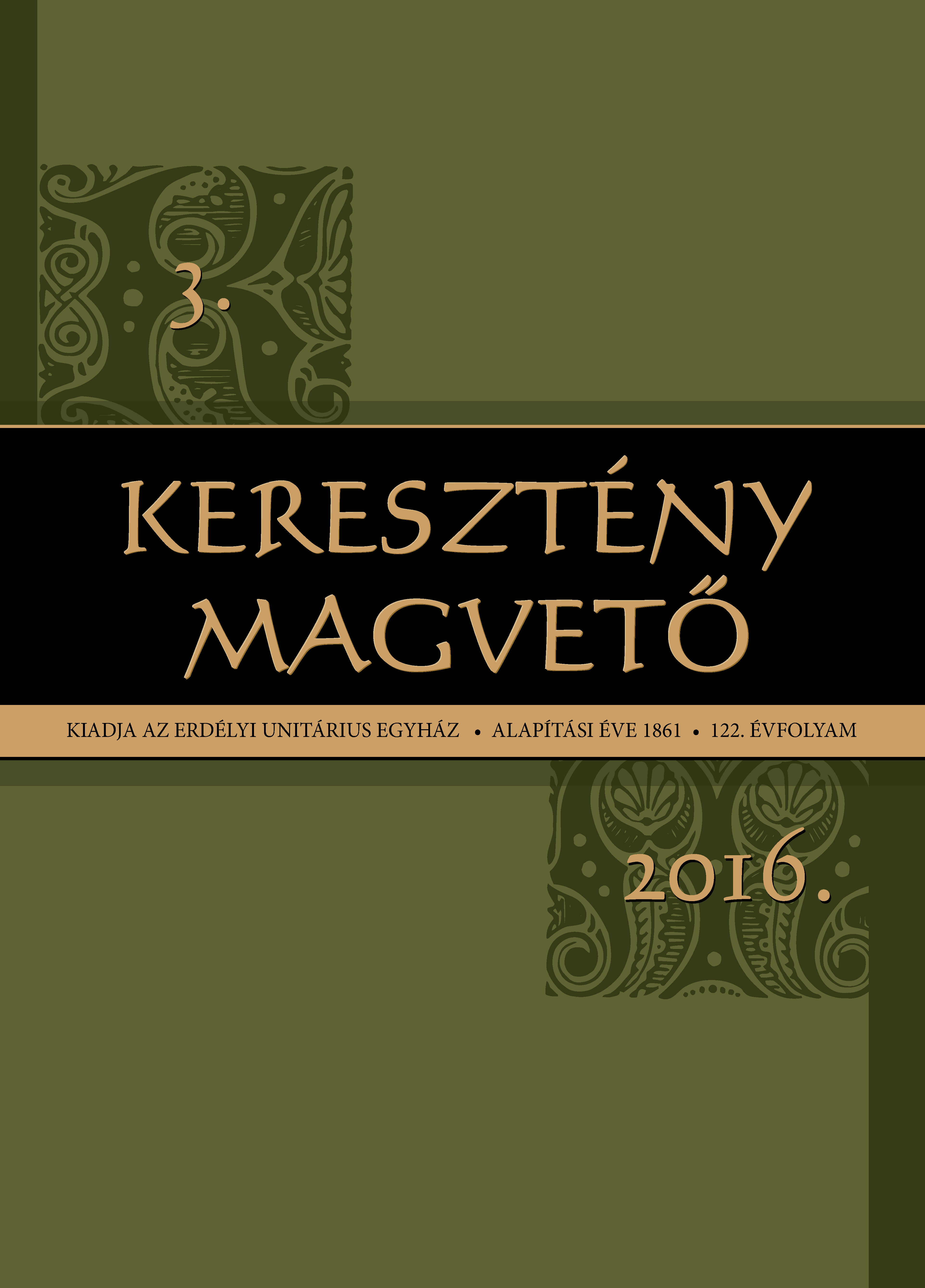 Summary/Abstract: Throughout the centuries many portraits of the leading figures of the European reformation were created. The Reformed and Lutheran Churches of Hungary and Transylvania have all drawn up inventories of the artistic works regarding John Calvin and Martin Luther. The Unitarian Church has some deficiency in this area. In 1992 Tamás Török dedicated a small chapter in his booklet (Unitarians, Budapest, 1992. 16–21.) to this subject.There is no authentic portrait of Dávid Ferenc, neither from the 16th Century,nor from modern era. In 1868 when the Unitarian Community celebrated the 300th anniversary of the Diet of Turda, Dávid’s life came into the spotlight. In 1879 on 300th anniversary of Dávid’s death Elek Jakab’s (1820–1897) monograph entitled The Memory of Dávid Ferenc was published.The most well known artwork representing Dávid Ferenc is a 1896 canvas by Aladár Körösfői-Kriesch (1863–1920) entitled The Diet of Turda 1568. Dávid’s fictional figure imagined by Körösfői-Kriesch became iconic. The artworks depicting the founder of the Unitarian Church bore the hallmark of this first representation. This article lists and describes the artworks – oil painting, print, gravure, pen sketch, relief, plaquette, statue – portraying Dávid Ferenc, the outstanding figure of the Hungarian Unitarian Church.