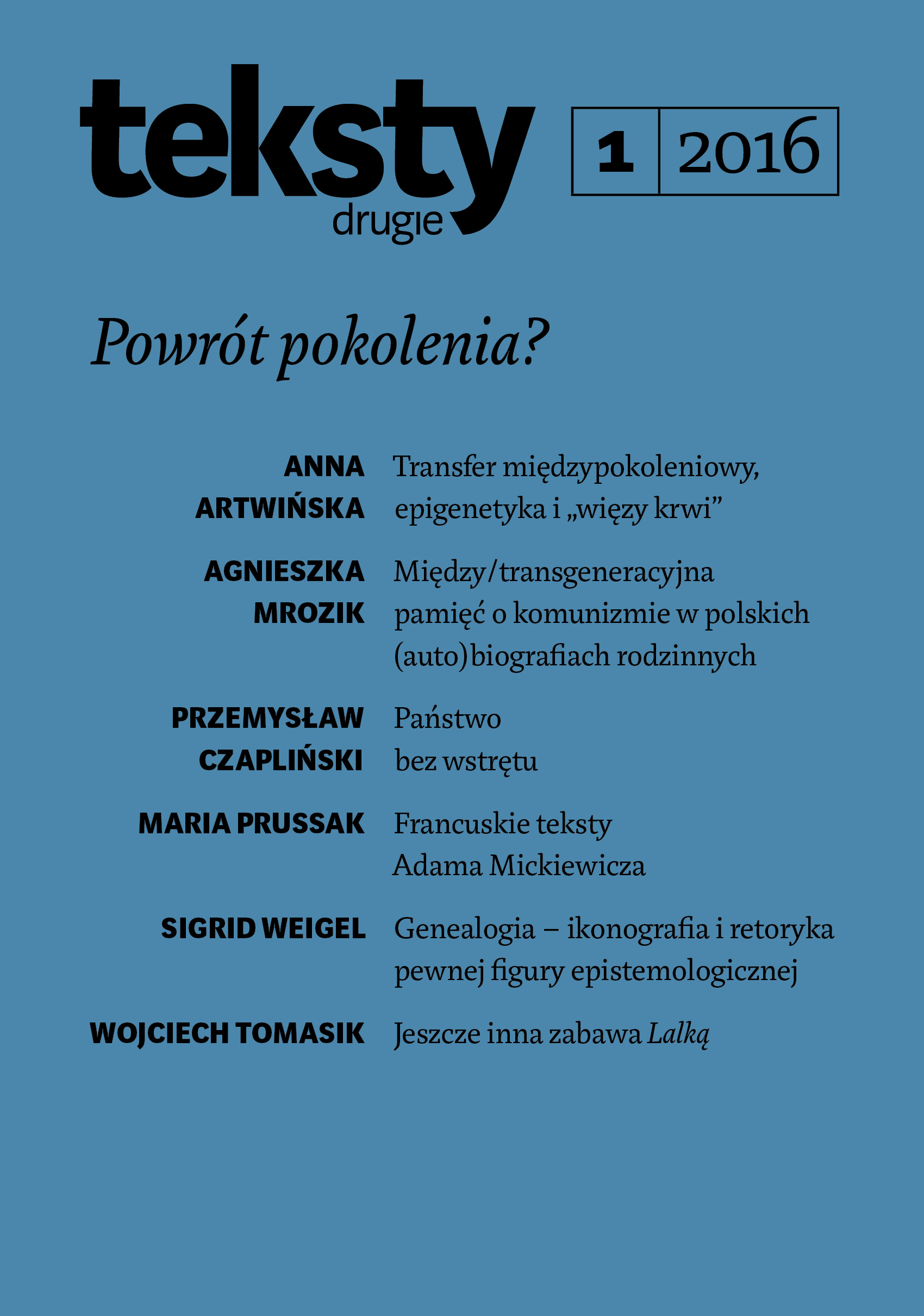 Summary/Abstract: This article deals with the problem of truth in Jacek Hugo-Bader’s Reportage ‘Bomżycha’ [Bomzhykha is the female form of bomzh, a homeless person; bomzh is an acronym for bez opredelyonnogo mesta zhitelstva – ‘with no fixed place of abode’] in relation to the category of disgust. The notion of truth is key to the study of factographical texts (creative non-fiction), but it is rarely examined through categories outside the definition of correspondence. Meanwhile, the notion of disgust, understood as an anthropological category, easily inscribes itself into the character of factographical texts on themes that are placed under a social taboo. Hugo-Bader’s work belongs to this model, as it engages in the inner struggle between the drive to reject something disgusting and the drive to get to know and affirm it – a struggle that allows to touch the essence of the phenomenon described. This procedure aims to minimize the distance between the perceiving subject and the foreign surrounding, and to reduce the level of mediation in the reportage text.