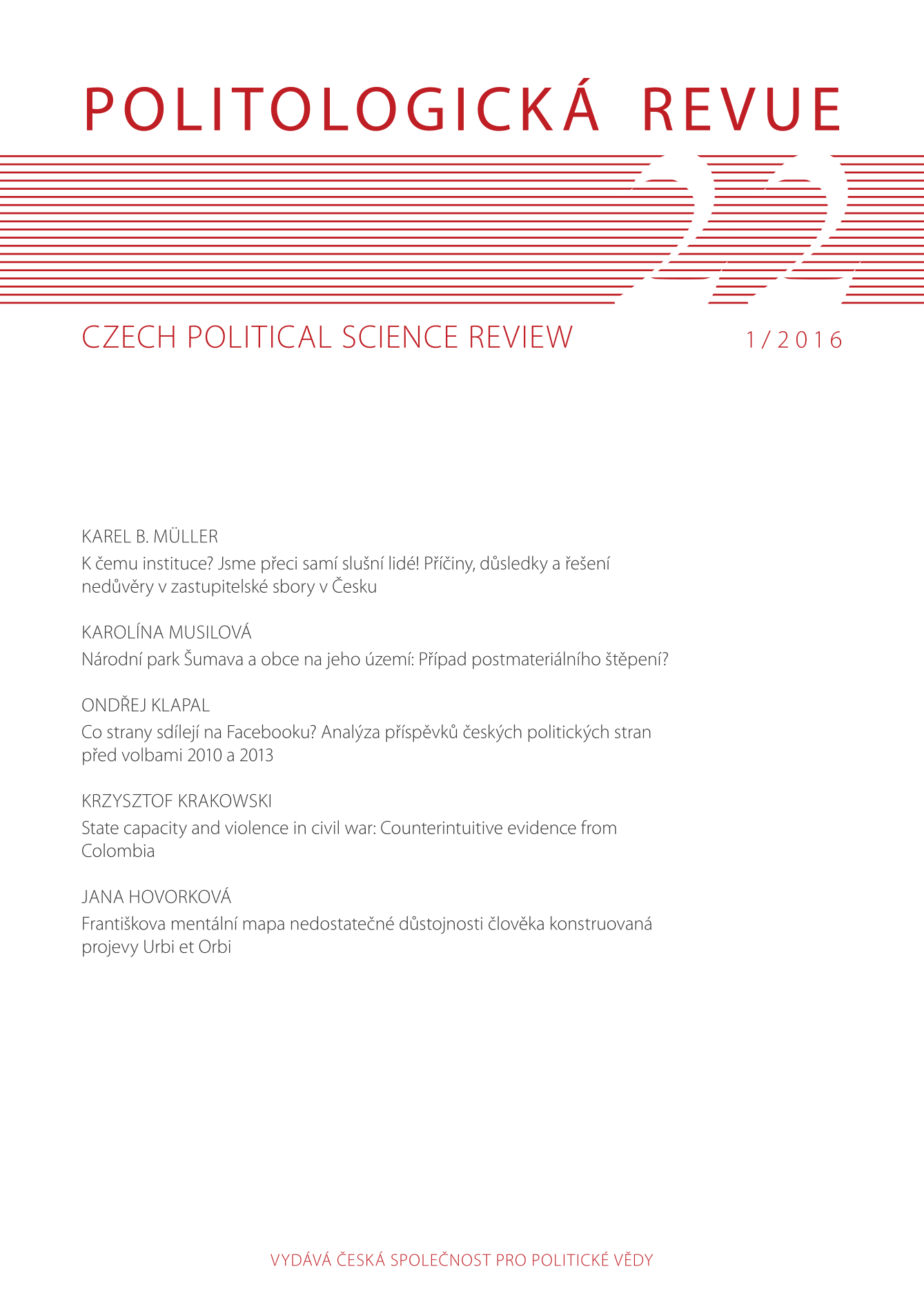 Summary/Abstract: The aim of this article is to describe what types of content Czech political parties shared during the election campaigns in 2010 and 2013 and to explore which themes of prioritized policies they presented on Facebook. Presenting their policies should give them greater influence in setting the public agenda. Another aim was to determine whether parties highlighted the same policy themes on Facebook as they did in their manifestos. This should suggest whether they were targeting specific voter segments on Facebook. Content analysis was used to analyse political parties’ posts and manifestos. It was revealed that parties mostly informed the public about their campaigns. However, they also paid a certain attention to presentation of their policies. This suggests that political parties tried to use Facebook to set the public agenda. Among the most popular themes during both campaigns were the economy and social policy. This could be caused by the economic crisis and a dominant socio-economic cleavage in Czech society. Justice was the most popular theme in 2013, probably as a consequence of many corruption scandals. The structure of the themes in election programmes and on Facebook was different, but it seems that on Facebook parties were targeting their traditional voters rather than specific segments.