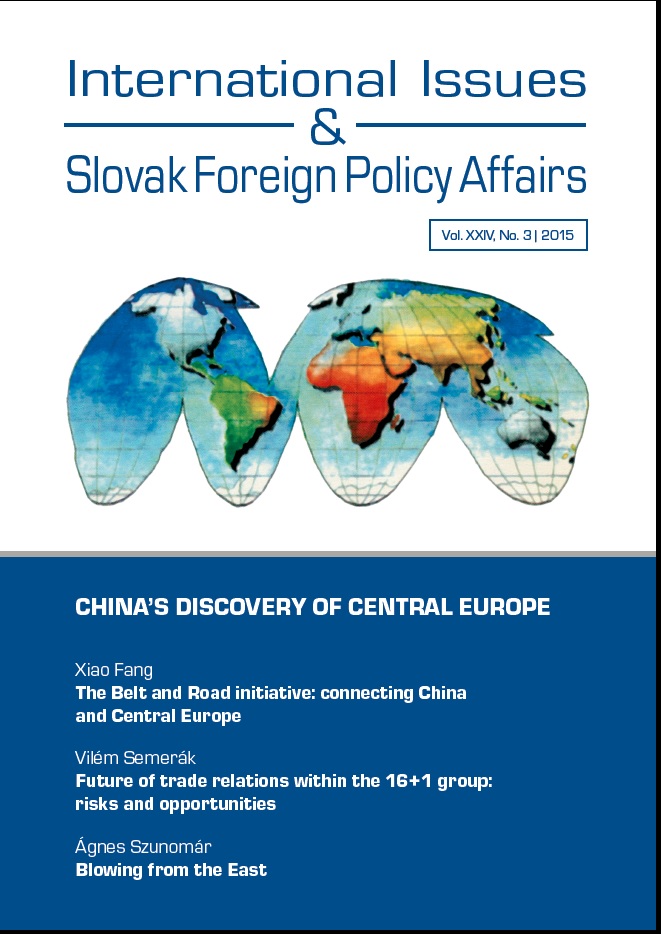 Summary/Abstract: In the last two decades, Central and Eastern Europe (CEE) have not played an important role in China’s foreign policy and vice-versa. EU membership did not change China–CEE relations remarkably. The situation started to change once the global financial and economic crisis hit. CEE began to notice that China is an economic and political partner to be reckoned with. Meanwhile, despite the crisis, the PRC started to look at CEE as a stable region – especially in economic terms. At the beginning China decided to strengthen bilateral ties with CEE countries. But in mid-2011 Beijing took the first step to launch cooperation with CEE as a region.