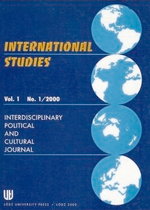 Summary/Abstract: Starting with a debate in September 2012 on the incorporation of domestic violence as a distinct offence in Hungary’s new Criminal Code, the issue of gender and proper womanhood has regularly re-surfaced in statements made by ruling coalition MPs in parliamentary debates. Drawing on discourse analysis, this study investigates a selection of these statements in the context of the government’s current policy and public discourse. The paper argues that these discourses outline an essentialist model reflective of a dominant ideology that is traditional, Christian, patriarchal and heteronormative, which, by hinting at women’s accountability for certain social ills, also allows for a chain of associations that ultimately results in the subversion of the overall social status of women, dividing and marginalising them further and discrediting any claims or actions aimed at establishing a more egalitarian society in the country.