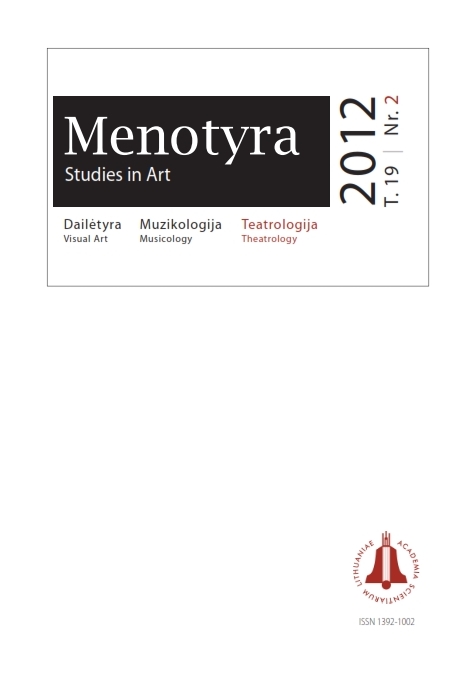 Summary/Abstract: The article is analysing the new drama narrative design tools, briefly representing the types of narrative episodes in drama, time and space features, changes of the play narrator status and general structure. Even though narratology as a science has more than a halfcentury tradition, the biggest attention was paid to literature, considering drama as an art with too simple narrative strategies, directly telling the story on stage through action.The 21st century playwrights (Dea Loher, Martin Crimp, Mark Ravenhill, Caryl Churchill, Sarah Ruhl, Suzan Lori-Parks, Len Jenkin, Sarah Kane and others) have brought a new approach to the narrative and its design tools. Contemporary playwrights mix traditional and new poetics, dramatic and theatrical forms of expression. The new drama is characterized by an unreliable narrator, polyphony, dialogism, intertextuality, character identity fragmentation and the language of alienation.Most of contemporary playwrights reject classical drama structure (exposition, culmination, climax, etc.). The new drama denies a chronological sequence of story and plot. Usually, a narrative is divided into separate episodes which are happening simultaneously in parallel worlds. Contemporary playwrights are using different narrative tools, designing expression of time through analepsis, prolepsis and metalepsis. The chosen time and space use is often based not on a causal relationship, but on the internal logic of the play and language strategies. In that case drama narrative episodes are delivering the narrative as a game with its own rules, and the audience becomes a partner together creating the meaning of it.