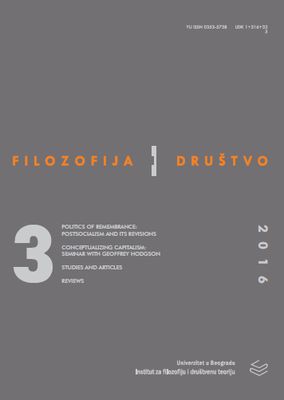 Summary/Abstract: In academic writing, facts about the past generally require the citation of relevant sources unless the fact or idea is considered “common knowledge:” bits of information or dates upon which there is a wide scholarly consensus. This brief article reflects on the use of “common knowledge” claims in contemporary scholarship about women, families, and sexuality as experienced during 20th century, East European, state socialist regimes. We focus on several key stereotypes about the communist state and the situation of women that are often asserted in the scholarly literature, and argue that many of these ideas uncannily resemble American anti-communist propaganda. When contemporary scholars make claims about communist intrusions into the private sphere to effect social engineering or the inefficacy of state socialist mass organizations or communist efforts to break up the family or indoctrinate the young, they often do so without citation to previous sources or empirical evidence supporting their claims, thereby suggesting that such claims are “common knowledge.” We believe that those wishing to assert such claims should link these assertions to concrete originating sources, lest it turn out the “common knowledge” derives, in fact, from western Cold War rhetoric.