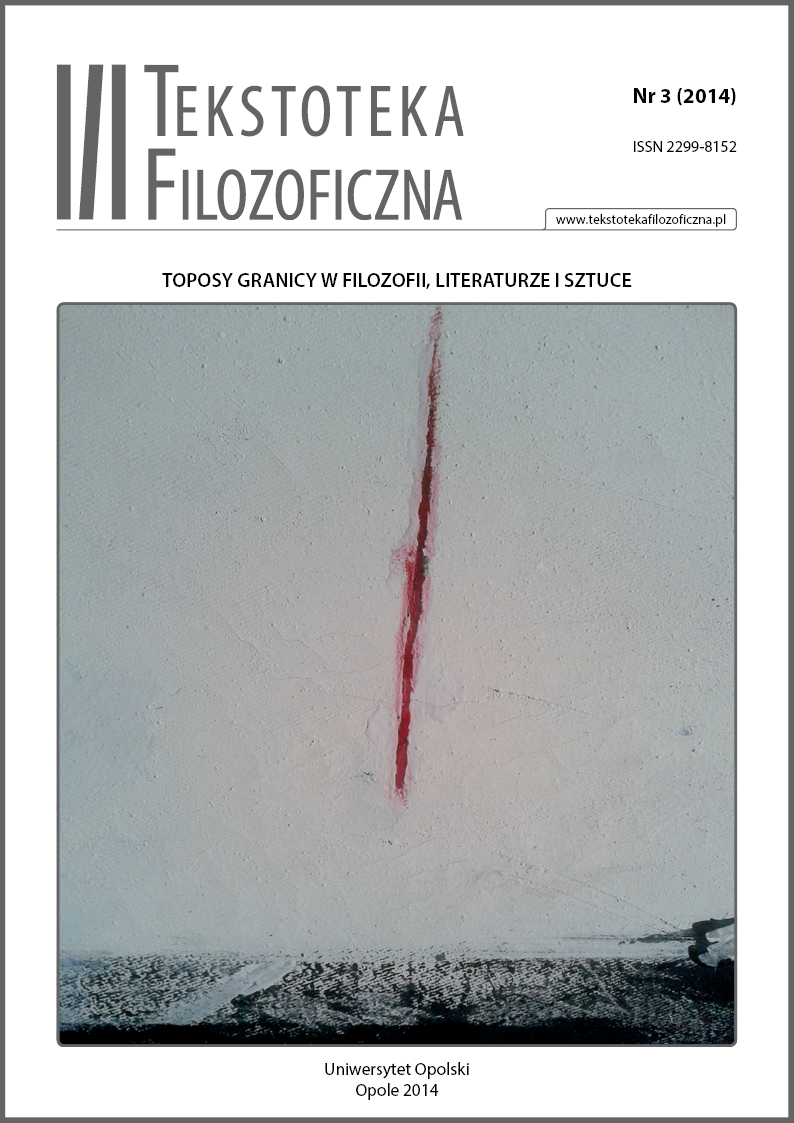 "Wtedy zaczął się mój upadek...". Egzystencjalne dylematy bohaterów Józefa Conrada i Alberta Camusa
"That is when my fall began...". Existential dilemmas of the characters in novels by Joseph Conrad and Albert Camus

Summary/Abstract: The article uses the notion of 'border' in the interpretation of psychological and ethical themes in "Lord Jim" by J. Conrad and "The Fall" by A. Camus. The heroes of these novels realise that they had made bad use of their freedom , and the moment in which this happened had marked their lives irrevocably, and divided it into zones of rise and fall. After this moment nothing would be as it used to. Throughout the centuries literature has developed language to express the fundamental experience of this kind; it tells the stories of people experiencing the traumatic force of a demarcation moment, which after passing, leaves no posibility of returning to the life before; it creates alternative worlds inhabited by people who seek the truth about their "I", it constructs situations that embodies our anxiety resulting from the fact that man is not "redy and finished", and in the flowing "here and now" he does deeds which shape his destiny. "The Fall" indirectly includes the question of attitude of modern world towards Condrad's ethos.

Poeta w szarej strefie The Poet in the Black Economy 2005 Na obraz i podobieństwo. Wokół wiersza Adama Mickiewicza „Broń mnie przed sobą samym...” In His Own Image. On Adam Mickiewicz’s Poem “Defend me against myself…” 2005 Między strażnikiem a kloszardem. O 'Gołębiu' Patricka Süskinda Between the Guard and the Tramp. Patrick Süskind’s 'The Pigeon' 2008 Mickiewicz a Boehme. O wierszach Widzenie i Broń mnie przed sobą samym... Mickiewicz and Boehme. On the poems: Vision and Defend me from myself 2012 Czytanie Süskinda Reading Süskind 2016
2022 © CEEOL. ALL Rights Reserved. Privacy Policy | Terms & Conditions of use
ICB - InterConsult Bulgaria ver.1.7.2509