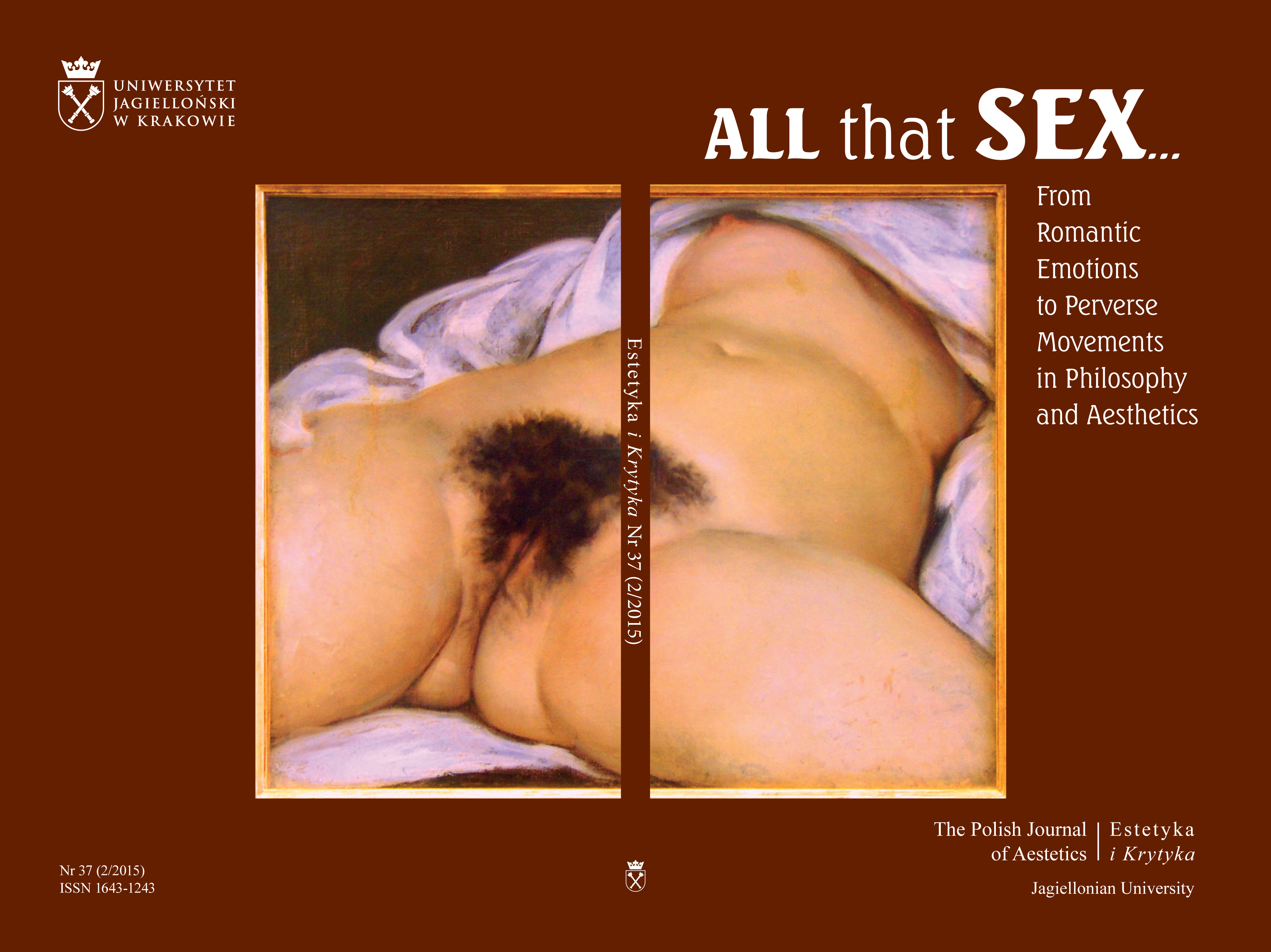 Summary/Abstract: the aim of this article is to identify characteristics of a ndy Warhol’s ‘philosophy of love’, the elements of which were described in the Philosophy of Andy warhol (From A to B and Back Again), and an analysis in this context of Warhol’s films Blow Job (1963) and My Hustler (1965). Warhol’s films are treated as an opportunity to discuss his attitude to love and sex, as they contain the key elements of his unusual ‘philosophy of love’. The artist’s biography is referenced, as are the concept of ‘impersonal narcissism’, put forth by Leo Bersani and Adam Phillips, Slavoj Žižek’s theories on the role of fantasy in a relationship, and some reflections of Susan Sontag and Esther Perel.