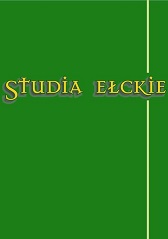 Summary/Abstract: The article is focused on the problem of the preparation for marriage in the light of the youth press in Poland in 2006-2010. The analyses cover two Catholic magazines – Growing (“Wzrastanie”) and A Little Sunday Guest (“Maly Gosc Niedzielny”), and a liberal-leftist periodical Girl (“Dziewczyna”). The purpose of this article is to show differences in the respect of the contents of these journals, and analyze what consequences can follow their reading. Often young people reach after these magazines and do not know that patterns promoted by them fall deeply into their consciousness and influence their life choices. The article tries to show such values as faithfulness, pre-marriage purity, and responsibility. It discovers that texts of the Girl magazine profane these values. Catholic publications, in turn, defend human dignity and try to incline young people to think about their lives. They promote talking with parents about values which should be passed to their children in order to set up properly their personality. The article also raises the problem of education by reading and watching movies. It analyzes which books and movies are recommended by these magazines as noteworthy. In its last part it discusses the meaning of social life. Both Catholic magazines recommend the participation in such associations where young people can learn more about empathy, and expand their horizons. Considering entertainment, sports, beauty, and fashion, the Girl journal presents them in the “light” way, where entertainment is treated as a way for having a good fun, though sometimes it alerts against dangers, such as drugs and suspicious disco places. Growing and A Little Sunday Guest, in turn, propose pretty more constructive way of spending free time, which can develop not only the body, but also the whole personality of young people.