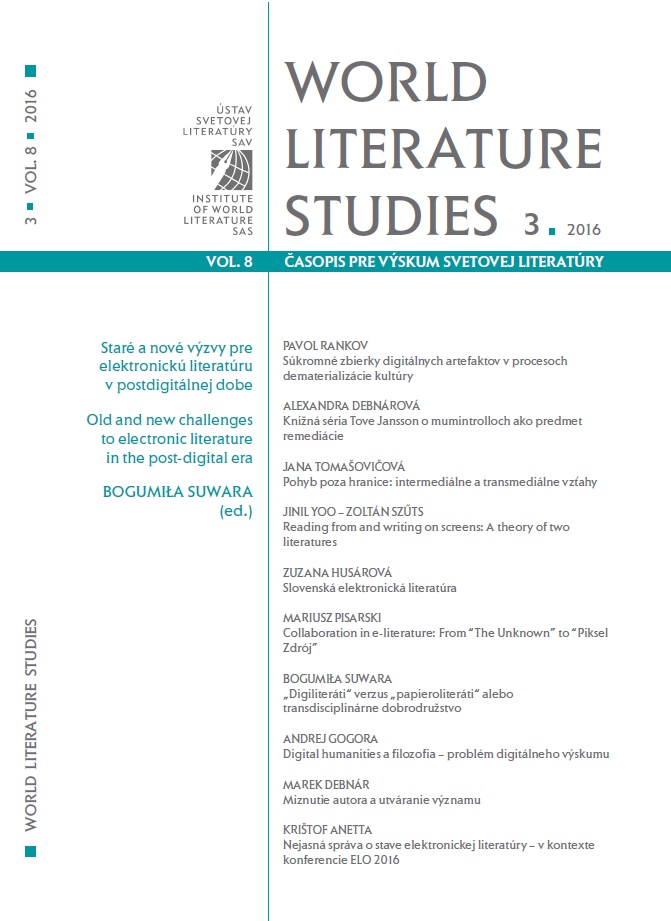 Summary/Abstract: Various questions concerning relations between the old and the new media, as well as relationsbetween different sign systems, resound in current discussions about remediation. Theproposition of J. D. Bolter and R. Grusin who claim that media always comment on eachother and reproduce and substitute one another gives rise to the relevant methodologicalquestion: what possible forms and qualities of mutual relationships and links between varioustypes of media can be identified? Or, in other words, how do we specify phenomena suchas intermediality and transmediality, which include the whole complex of bonds and linksbut at the same time, regarding their terminology, display a certain level of ambiguity? Theauthor compares several interpretative approaches to the abovementioned phenomena thatstem from German ideological concepts and aims at pointing out their possible concurrenceas well as their current terminological differences. She confronts W. Wolf ’s and I. Rajewsky’sconcepts of intermediality and transmediality with the more recent attempts at terminologicalclarification of both phenomena: by U. Wirth and R. Simanowski. At the same time,the author does not ignore the fact that the latest methodological tendencies are not isolatedin their theoretical reflections but follow several relevant premises. These premises includefundamental ideological struggles that have taken place in modern art, semiotics and philosophy,viz. the crisis of representation, and poststructuralist attempts at loosening or even oversteppingthe text’s limits. Both tendencies can be seen as turning points; they have modifiedstabilized forms and deep-rooted interpretative formulae by which they laid the foundationfor the subsequent new approach to media studies that interconnects art, literary studies,philosophy and digital technology.