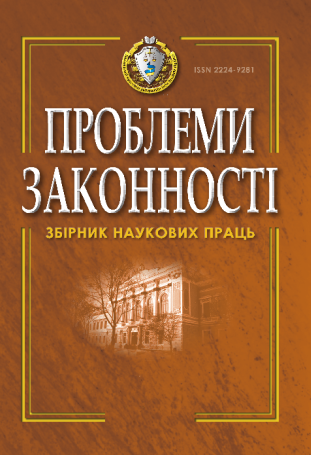 Summary/Abstract: The article studies the genesis of legal regulation of cybersecurity in international law, the definition of the place of the problem in relations between subjects of international law. Examples of high-profile cyberattacks that took place internationally are shown. In recent years, human dependence on new technologies has grown rapidly. However, the use of such technologies also opens new ways to abuse via the Internet. With the development of new technologies cyberspace becomes as important space as land, air, water or space in which states compete for ensuring their national interests. Such space also attracts the attention of international terrorist groups, transnational organized crime etc. A number of scientists devoted their papers to the subject of cybersecurity, among them A. Pazyuk, D. Dubov, A. Merezhko. Much more attention on the issue of cybersecurity research in international law was paid by foreign experts, including M. N. Schmitt, W. Heintschel von Heinegg, V. Boothby. The article shows examples of international norms in cyberspace. Accordingly the foundations for further cooperation among the States were laid by the number of Resolutions of the General Assembly of the United Nations. One of the main documents in this field within the Council of Europe is ratified by 49 states Convention on Cybercrime in 2001 and Optional Protocol to the Convention of 2003. Within the EU the first document regulating cyberspace is Directive 95/46 of the European Parliament and of the Council of 24 October 1995 on the protection of individuals with regard to the processing of personal data and on the free movement of such data. In 2016 EU has adopted the EU Network and Information Security (NIS) Directive. As an example of doctrinal codification the Tallinn Manual on the International Law Applicable to Cyber Warfare was issued in 2013. It is also mentioned in the article that states are actively working on preparing national legislation and adopting strategies for cybersecurity. It is noted that the issue of cybersecurity is becoming more acute problem not only at the national level and therefore requires expansion of international legal cooperation between subjects of international law to maintain peace and prevent solving cyber warfare, which may be accompanied by kinetic.