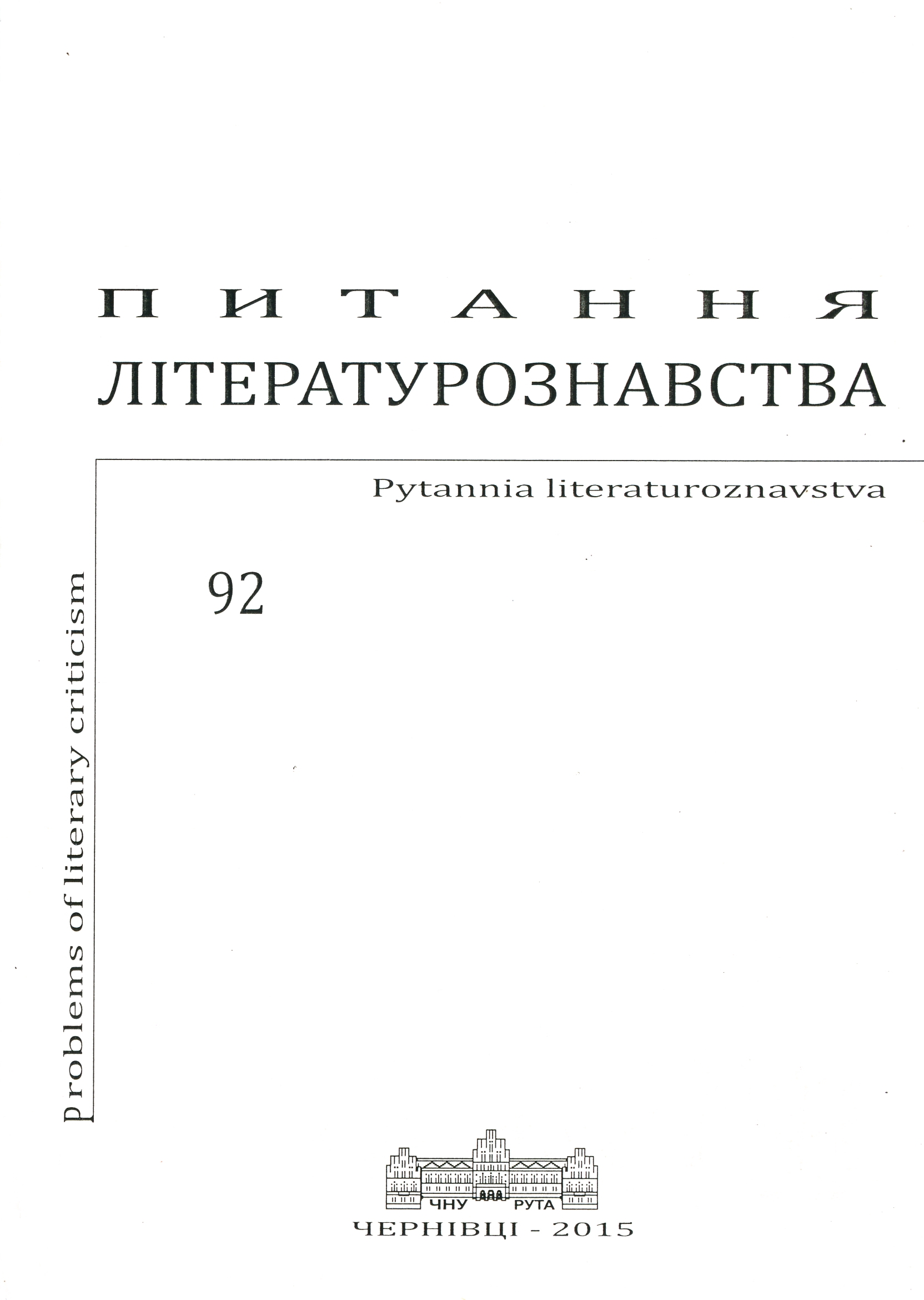 Summary/Abstract: The article treats the status of the change of aesthetic general cultural paradigm in the period of socialist realism, which raises as completed phenomenon and is interpreted as a version of popular culture (Tatiana Sverbilova), or “artistic force field” (Leonid Geller, Antoine Bodin) with the kitsch basis of the “politicization of aesthetics” (Tamara Hundorova), on the basis of their respective ideological party resolutions of Soviet times. The confrontation with social realism with the modernism and avant-garde (Dmitry Zatonsky) is accentuated. Maria Litovska notices that in totally-ideological tendency of art when the child has acquired the status of State property, her consciousness through literature was formed in perspective of latent atheism. Literature was changed into “long-term propaganda element” (Andrei Fateev). As a result, the range of texts of children’s literature suffered from the ideological, thematic and genre compression, those “atheistic times” the “atheists union” generated a faith in the original “worshipping” of Joseph Stalin. Party strategy of socialist realism began its practice actively and rigidly, basing on literature for children, which suffered not only from the compression of the genre spectrum of texts, but also from the selection of the necessary to a child themes, motifs, images. This children’s literature lost not only its creative originality, but also a thinking recipient. It became a powerful tool of total ideologization of society, by its world outlook program, first of all, depriving the younger generation of faith in God. The poem by Eduard Bagritsky “Death of Pioneer” is analyzed as a typical example of such an ideologization. The poem was based on real events, the renunciation of God appears highest feat. In Soviet times, from the position of former ideological platform, the poem has received extremely appreciation. The heroization of the image of the dying Valentina in the times of socialist realism has contributed to strengthening in the consciousness of recipients her implicit atheistic faith. The suggestive resource of the text is reinforced by phonetic and syntactic repetitions: alliterations, anaphoras, lexical repetitions, variated duplicate address of the girl’s name, parallelisms, as well as a number of rhetorical questions and calls. Bravura pathos of trochee trimeter poem “Youth Guided Us”, which became the famous song, tragically contrasts with the suffering of girl’s mother. Despite the fact that the ideology of socialist realism aspired to “sterilize” the author’s consciousness of the religious dominants in the case of other children’s classics – Agniya Barto, Samuil Marshak, Nicholay Nossov, Korney Chukovsky, refusing to accept the principles of the method, especially total atheism, deviation from the Soviet standard of art for children, provided their lyrics (of course, along with high artistic value and diversification), by the ability to move from contemporaneity to the space of “great time”.