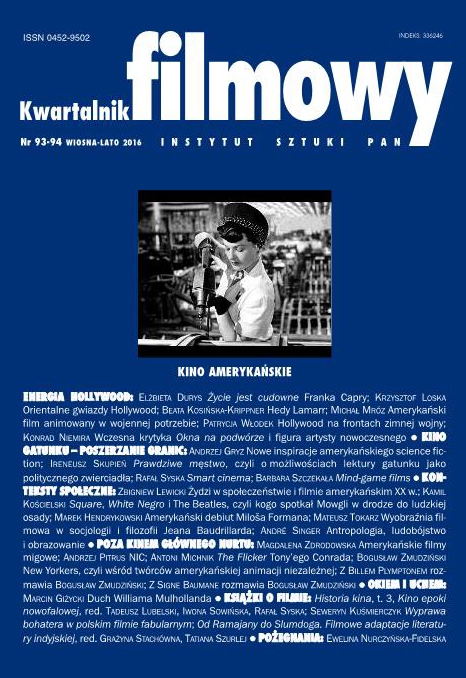 Summary/Abstract: The article shows how the postmodern cinema uses the tradition of a genre in order to construct the discourse of contemporary America. The author hypothesized that “True Grit” by Coen brothers, a western entangled in a web of intertextual references (both literary as an adaptation of the novel by Ch. Portis and film based, as a remake of H. Hathaway’s film), has the potential of creating representations not based on text. The present article is a polemic against the most common research stand, which negates the possibility of generating by the postmodern aesthetic meanings beyond the text. The author defends the thesis that the film by Coen brothers is a text which lends itself well to interpretation as a reflection of social attitudes, anxieties and desires. The author also discusses the question of demythologization and polemics of the Western tradition and the matter of approaching the western as a source of historical meanings.