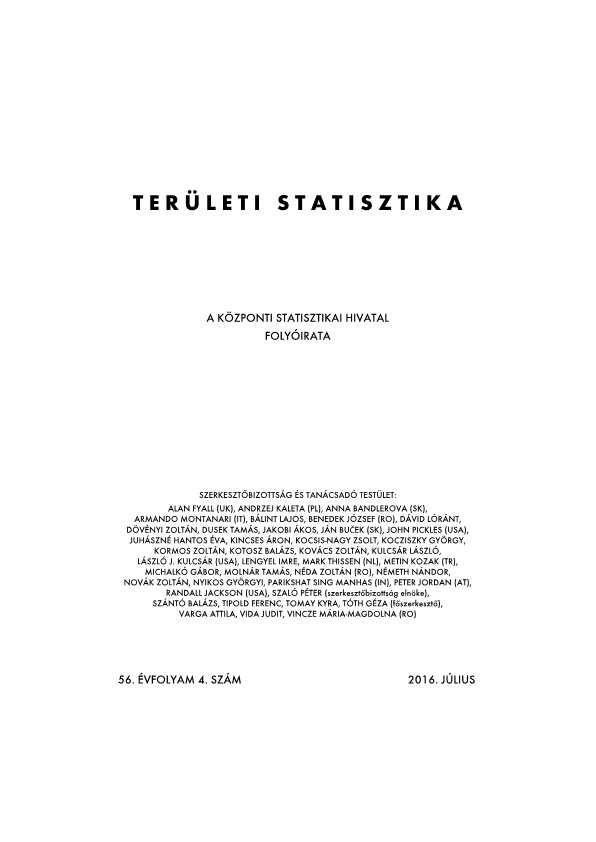 Summary/Abstract: Small towns have always played a specific, intermediate role in the settlement system. In Hungary, the controversial structure of the city network makes this role even more complicated and actually more important. Whatever reservations we might have concerning the urban character of small towns, it cannot be doubted that they have played, among their functions, a central role in the local labour mar-ket since the beginning of rural industrialization. Knowing the unfavourable demographic trends characteristic of small towns and the contraction appearing from a certain social and economic point of view, we assume that these are reflected in the regional employment roles as well. However, our investigations based on the comparison of commuting data from the censuses of 2011 and 2001 did not confirm the marginalization of these roles, because - apart from some exceptions - the role of small towns as commuting centres remained modest. However, the rise in commuting from small towns to larger cities indicates that the local labour supply and demand are not compatible with each other and this partly explains the increasing outmigration as well.