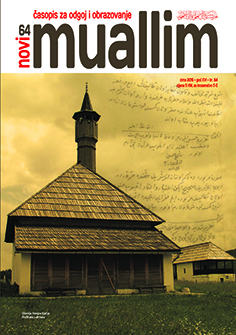 Summary/Abstract: This article presents Akhisar (Prusac), a place where Hasan Kafi Pruščak (1544–1615/16), according to the available relevant sources was born and later lived. Documented reference of Akhisar is found in Qanun-nama of Sanjak of Bosnia from the year 1516. More detailed data of Akhisar settlement is found in records of census of Sanjak of Klis, to which this area was adjoined after its establishment in 1537. In the first census of Akhisar within the Sanjak of Klis dating from the year 1550, itwas classified, in terms of significance, first as a fort and later as a varoš (settlement). In year 1574 Akhisar is recorded as kasaba (small city), what tells us it fulfilled all the requirements for changing the status from varoš to kasaba. After the Cretan War and after the loss of Klis earlier in the year 1648, it remained a part of the Sanjak of Klis. It developed as kasaba, especially as a cultural and educational centre, which particularly reflects the efforts of Hasan Kafi Pruščak and other eminent scholars that followed. With the intention to determine precise location where Kafi lived and worked a certain period, the author here also presents locality of Nevabad/Novasel todays Donji Vakuf, and concludes that Hasan Kafi actually worked there at the same time while living and working in Akhisar.