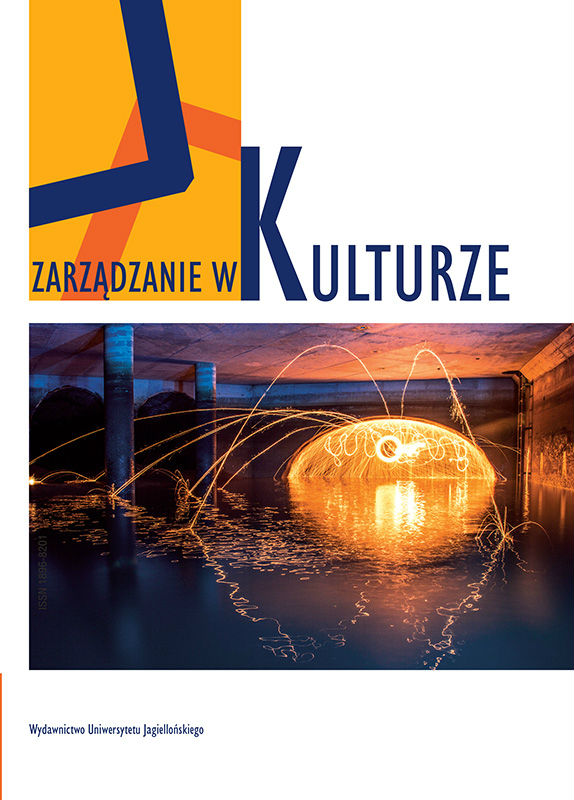 Summary/Abstract: In pre-1939 Poland, there existed the biggest Jewish diaspora in the world (numbered 3.5 million people). It was also the most important centre of Jewish culture. Unfortunately, as a result of the Holocaust, only a small part of the Jewish cultural heritage survived until nowadays. Only about 400 thousand of Jews survived. Despite this fact, in the years 1946–1950 Jewish institutions – the Central Committee of Jews in Poland and The Jewish Society of Promoting of Fine Arts among others – were engaged in gathering and saving objects of Jewish religious art, fine arts and crafts, books, documents and others. They were gathered mostly at the Jewish Historical Institute in Warsaw and also as museum collections. Unfortunately, the origins of these objects haven’t been sufficiently investigated. The accession to the European Union obligated the Polish government to adopt the international agreements connected with the Jewish heritage in Poland: Washington Conference 1998, Resolution of the Council of Europe no. 1205, 1999 as well as Vilnius Declaration 2000 and Terezin Declaration 2009. According to those agreements, in the years 2009–2011 the Ministry of Cultural and National Heritage took efforts to prepare museums to lead provenance research, however unsuccessfully. Nowadays, according to my research, a large number of Polish museums does not carry out any provenance research of objects of unknown origin which may have belong to the Jewish heritage. The main reasons for that are: weak interest in provenance problems and their relation to the Polish and Jewish cultural heritage, too many demands and aims to achieve by museums, luck of funds, fear of restitution, and, last but not least, a weak support of the Ministry of Cultural and National Heritage. Nevertheless, it appears that benefits of the provenance research are more important than the fear of it. First of all, such research contributes to the development of the humanities in Poland, especially art history. Further, it increases trust of Polish and non-Polish citizens in cultural institutions and the government. The fulfillment of the international resolutions mentioned above would improve the image of Poland in the European Union.