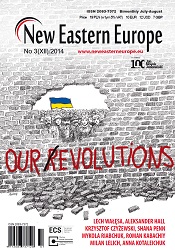 Summary/Abstract: With an aspiration to integrate the post-Soviet space under its aegis, the Kremlin will try not to allow any other actors to emerge. More than anything else, Moscow shows that it aims to maintain, if not expand, its influence. In 2008, the Kremlin showed that it was ready to use military force outside Russia’s borders. In 2014, it decided to move borders. Despite many differences, these two wars are linked by one common denominator – integration.