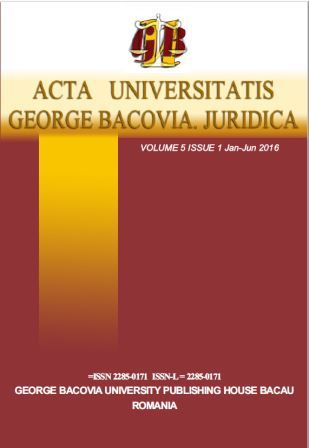 Summary/Abstract: In the paper it was examined the Directive 2012/29/EU of the European Parliament and of theCouncil of 25 October 2012 on establishing the minimum standards for the protection of the rights, support andprotection of crime victims and on replacing the framework decision 2001/220/JAI, in respect of certain specific rightsof the crime victims. During the examination, the main rights, which must be granted to crime victims, in case thevictim, is a national of another Member State, were highlighted. Also, the examination took into consideration theprovisions of the Romanian which regulates those rights, provisions that are rated as suitable European standards. Theinnovations refer to the examination performed, as well as the critical opinions and proposals formulated de legeferenda, which are meant to contribute to the improvement of the European legislative system. The work can be helpfulto both practitioners and theorists in this area.