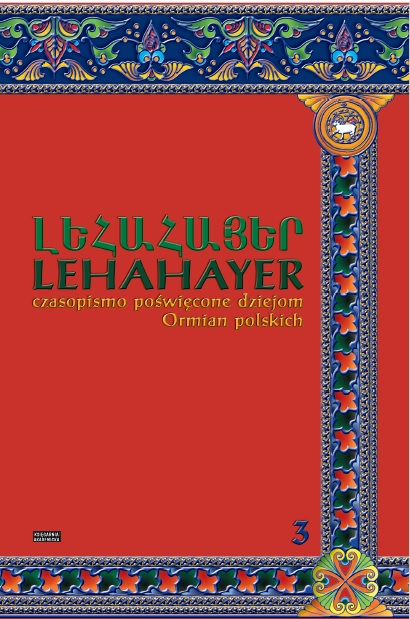 Summary/Abstract: In the Wrocław collections of the Zakład Narodowy im. Ossolińskich [The National Ossoliński Institution] there are 3270 diplomas among which only seventeen may be classified as documents which are associated with Armenians in any way. The “Armenian collection” consists of: six 17th-century documents and eleven 18th-century documents; five royal documents, four papal documents, three imperial documents, one tsarist document and four documents of other people and institutions; six paper documents and eleven parchment documents; thirteen written in Latin, two written in Polish and one written in German and one written in the Ruthenian language. As far as the subject matter of the Armenian diplomas is concerned, we may distinguish two groups: church documents (six) and private documents (eleven), the majority of which concerns two Armenian families from Lvov.