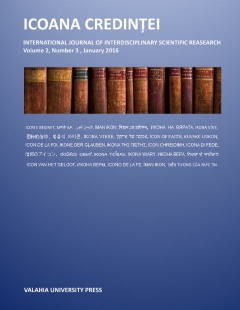 Summary/Abstract: Globalization, very complex phenomenon, involves overcoming the barriers between different states, which allowed the rapid transfer of capital, technology, information, and the "toxins" from one country to another. First, the technology formed the basis of rapid expansion of great ideas promoted by globalization. Undeniable progress in the field of technology and science has conferred to the man extraordinary powers that have been used most often to the detriment of his spiritual progress. We must not deny that science and technology have brought many benefits to human, and he could expand the knowledge horizon upon the world in which he lives, exploiting information acquired and share them with others. Science and technology must become for postmodern man ways of talk and communion between human and divinity, all to the praise of God and the perfection of the creature.