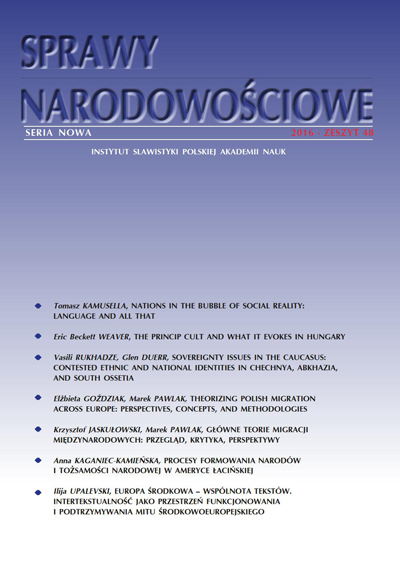 Summary/Abstract: The end of WWI saw the dissolution of the multiethnic Central European Empires and the formation of new states based on Woodrow Wilson’s concept of national self-determination. This article underlines the limitations of Wilsonian national self-determination, focusing on the Slovene Carinthians and the pro-Austrian result of the 1920 plebiscite. The outcome of the plebiscite exemplifies that minorities are motivated by more than solely ethno-linguistic reasons when deciding what state to belong to. Even though other factors existed, the key motivations for Slovene Carinthians to remain with Austria were of economic and political nature. It will be contended that the importance of the centuries long acculturation of Slovene Carinthians to Austria brought them closer to Austria than to the Kingdom of Serbs, Croats and Slovenes. Additionally the phrasing of the plebiscite made Slovene Carinthians’ decision a question of state preference rather than ethno-linguistic identity. Moreover, the unpleasant occupation of parts of Carinthia by the troops of the Kingdom of Serbs, Croats, and Slovenes and the higher effectiveness of Austrian propaganda played a key role in the vote of many Slovene Carinthians. Lastly, the majority of Slovene Carinthians being farmers, reliant on Austrian trade opportunities, swayed them toward a pro-Austrian vote. Thus, the Carinthian plebiscite of 1920 builds a strong case against the assumption that ethnolinguistic ties alone should be the foundation for state formation arguing that other factors are equally or more important.