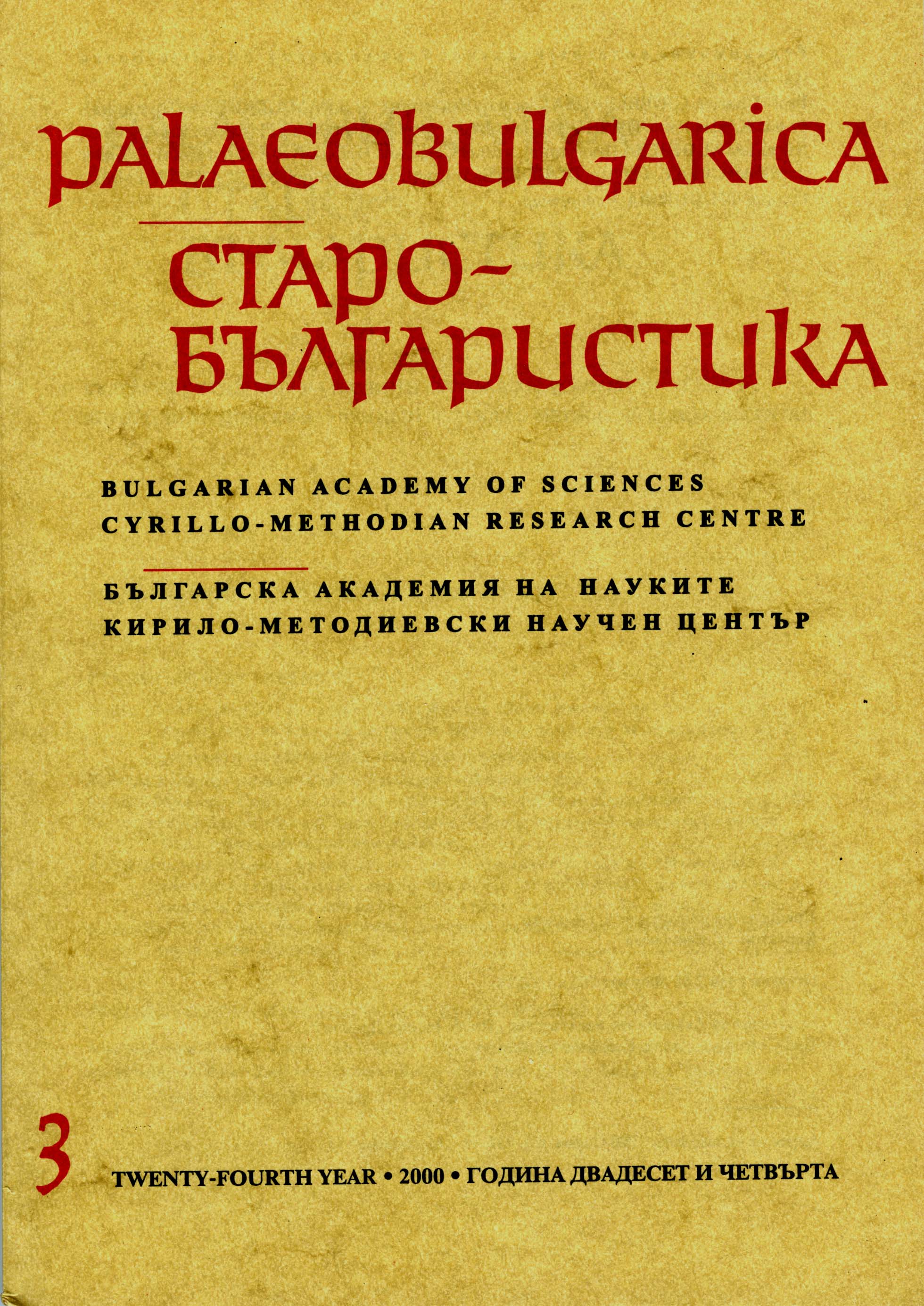 От лексиката до структурата на Книгата на пророк Иезекиил: резултати от компютърно изследване
From the Lexis to the Structure of the Book of Prophet Ezekiel: Results of a Multi Level Computer Study of a Medieval Text

Summary/Abstract: This article presents a study of the Book of Prophet Ezekiel according to its oldest preserved Slavonic copy, in a middle Bulgarian collection of the 14th с. (F.I.461, Russian National Library, St. Petersburg). The purpose of this article is to clarify the level of similarity between the biblical text and its commentaries, according to the use of specific lexical and morphological translation methods. For this purpose we helped ourselves with the results obtained from the DBT program, software within which a variety of research at different levels of the language can be performed. The analysis of the data allows several basic conclusions. First, we define three groups in the Preslav lexical norm, being dominant in the examined text: lexemes with stable usage; lexemes with facultative usage, the variability of which remains within the framework of the Preslav usage; lexemes with older as well as Preslav tradition usage. Second, based on the analysed material, it is not possible to provide a complete parallel between the Book of Prophet Ezekiel with the associated (for comparison) non-liturgical translations of other Old-Testament books – Genesis, the Book of Prophet Isaia, the Book of Prophet Daniel. Third, the Book of Prophet Ezekiel shows irregularities at two levels: in the basic biblical text one may separate a more archaic level (reviewed chapters of the Prophetologion: 1, 2 and 37, and chapter 18), and differences in the translating methods in the language of the biblical text and in the text of the commentaries. This is in favour of the conclusion that there was a time distance between the translation of the biblical text and the creation of its commentaries, a distance preserved anyway within the traditions of the translation school of Preslav.