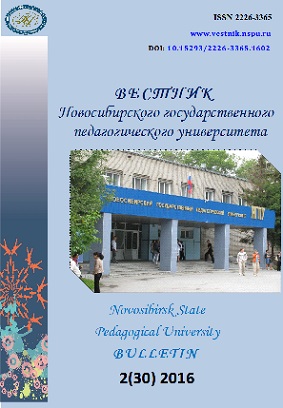 Summary/Abstract: The article analyzes various ways of describing reality in online discourse in the light of olfactory perception. Olfactory perception is one of the most important steps in the development of human mind, in comprehending of the world around us. The attention to the studies of the ol-factory nominative space is increasing nowadays. At the same time some questions of its nation-al and cultural peculiarity, remain open. Anchoring of stable olfactory associations to this or that object forming a certain cultural stereotype is among them. Our study is an attempt to de-scribe the manifestation of the cultural component in ‘odour-focused’ segments containing ref-erences to ‘one’s own’ area (a country, city, village, etc.) on the material extracted from Inter-net discourse. The analysis can reveal the stereotyped olfactory representations, depending on the olfactory cultural standards and their personal perception by an individual speaker. Thus, on the one hand, the image of the country for the speaker is a positively coloured field of asso-ciations formed by such stereotyped odours, as the smells of nature, frost, bread, mother etc., on the other hand, the negative assessments can also appear, often as a result of metaphorical re-thinking (the smell of poverty). Odourative images are often replaced by mental ones, thus two different semantic processes can be observed: a description of an odour and symbolization of olfactory impressions. The words with the seme of smell are involved not only in the process of language coding of olfactory perception, but also play the role of culturally significant land-marks that contribute to the knowledge of reality.