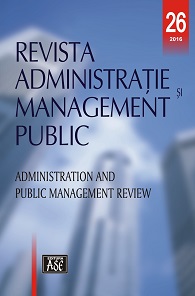 Summary/Abstract: Global financial crisis influenced almost all sectors of countries, affecting significantly the social sectors such as education and healthcare. Many countries could not solely withstand adverse effects of recent crisis and resorted to the International Monetary Fund (IMF) for financial assistance. Given the large criticism of the IMF for neglecting social effects of its bailout conditionality, this paper contains an analysis of its impact on Romanian education and healthcare during the 6 years. Moreover, Romania has been largely criticized for inefficient use of available resources, poor working conditions, low salaries which contribute to mass migration of health and education employees. The research methodology is based on propensity scores in order to identify a counterfactual with similar pre-crisis economic characteristics and by comparative approach reveal whether the IMF programs have been effective in terms of education and healthcare. By selecting Bulgaria as a counterfactual for with-without approach based on proximity of propensity scores, it is revealed that IMF participation has had negative effects on Romanian education and healthcare by decreasing them more than in Bulgaria with selfconditioning. Our findings argue that Romanian authorities should be aware of negative effects of IMF predominantly neo-liberal measures to recover economy, since they are likely to hurt social sector in short and midi-term periods.