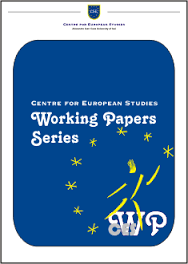 Summary/Abstract: This study aims to show that concerted action by the state and civil society can lead to an effective output of informality sphere by official or legal sphere. Such an action is represented by the vector concept named economic freedom. The resultant vector - economic freedom - is obtained by conjugating and composing of noneconomic factors (ownership freedom, freedom from corruption etc.) or cvasieconomic (fiscal freedom, labor freedom, investment freedom, etc.) and it is a prerequisite to a series of actions which are aimed at progressing progress and a healthy economy. If we cannot eradicate the phenomenon of informality, at least we can create a transition from the informal to the formal more efficiently and with positive effects in social and economic policy. The exit from the sphere of informality involves transitions strategies and not a simple translation from one sector to another.