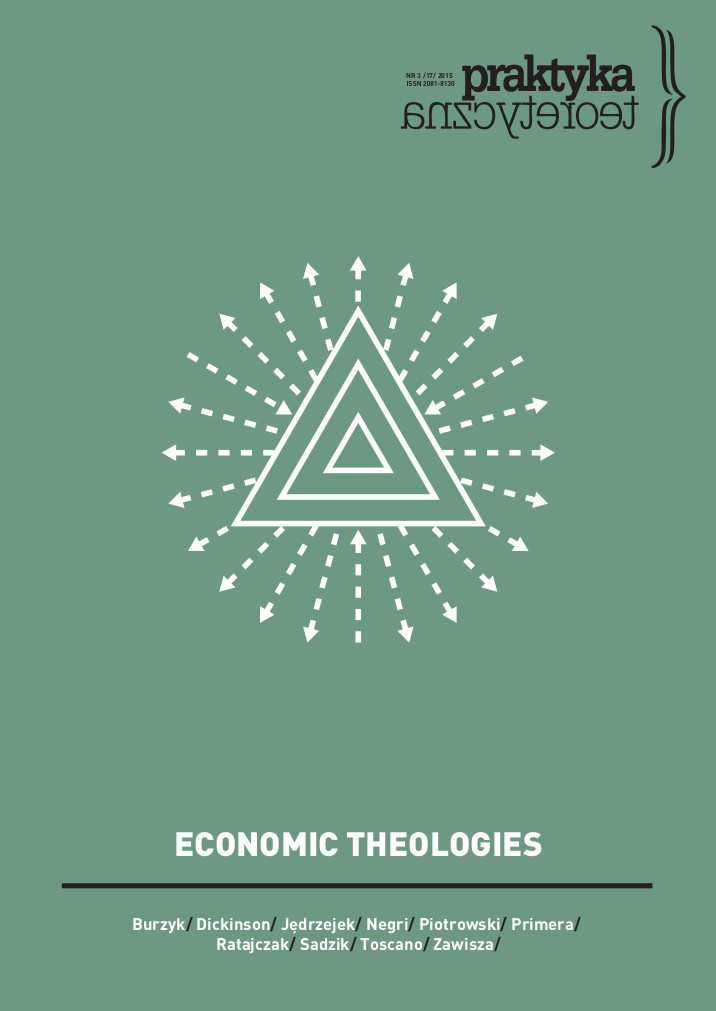 Summary/Abstract: The paper tries to once again bring into play the classical ideas of the Marxian critique of political economy and to demonstrate how these ideas can be reactivated by an injection of theology. Special attention will be dedicated to the theologically intensified notion of alienation, treated not only as a subject but also as a method of criticism. The aim of such an estranging method is to make visible the “transcendental plane” of the capitalist historical a priori. This will be done through the production of allegories, that is figurations of the infinite movement of the capitalist totality. Starting with a critique of the disenchanted Euhumerism of Hardt and Negri, who want to demythologise political economy as nothing but relations between people, I attempt to show the limits of their approach, by exposing the constitution of capital as the creation of an inverted reality. In this process, hypostasis of human labour (i.e. capital) gets the upper hand over human beings, not only in imagination, but also in reality, making a clear-cut distinction between real and imagined entities questionable. Through the analysis of the focal points of this process, I will attempt to demonstrate a complex interplay of subsequent disenchantments and miraculations, which establish capital as something more than human, while simultaneously naturalising its phantasmic becoming as the very core of the reality principle. Alienation as method tries to break the simultaneity of miraculation/disenchantment by dividing apparently unitary semblance – fetish – into distinct and potentially conflicted layers. Potential for this conflict is produced by two estrangement effects. Firstly, by juxtaposing a finite human subject with the infinite process of capital. Secondly, by thinking of conversion, which – becoming the highest point of alienation – could enable the human being to establish itself as an autonomous subject against the gods of this world and its own worldly self.