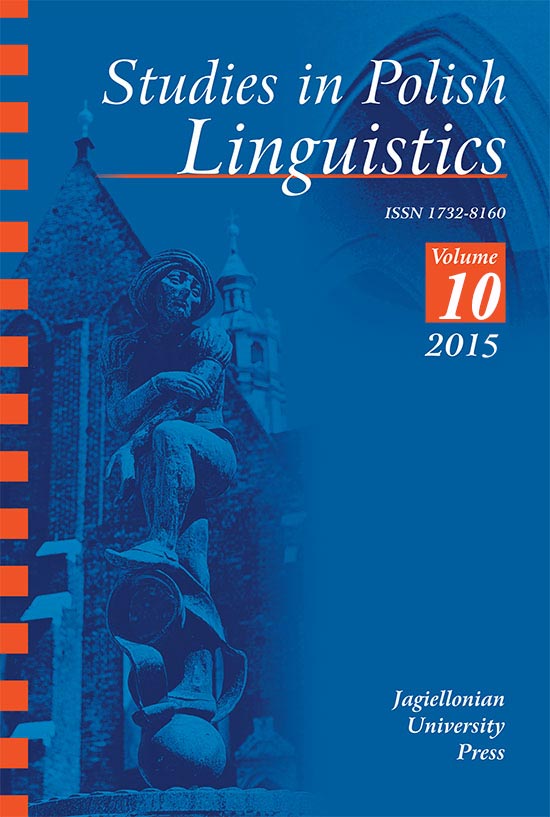 Summary/Abstract: Polish verb forms occurring with (what was originally) the pronominal clitic się constitute a notoriously heterogeneous group of constructions ranging from reflexive proper (widzi się ‘sees herself/himself ’) to impersonal (mówi się ‘they say’). This article deals with middle-voice reflexives, which cover the semantic domain extending between reflexives proper and passives. The Polish types of middle-voice reflexives are first situated on a semantic map reflecting a cross-linguistic analysis based mainly on Slavonic, Baltic and Germanic data. Then an analysis of the different types is given in terms of argument structure. We argue that most of the Polish middle-voice reflexives do not differ from the non-reflexive forms in argument structure but only in the assignment of grammatical relations. They are also characterized by construction-specific semantic modifications (more marked than in the case of the passive). As they are arguably not in the lexicon, a good case can be made for their treatment in terms of grammatical voice. At the same time these constructions are distinct from the passive: both middle-voice and passive constructions are agent-back-grounding devices, but they represent different types of backgrounding.