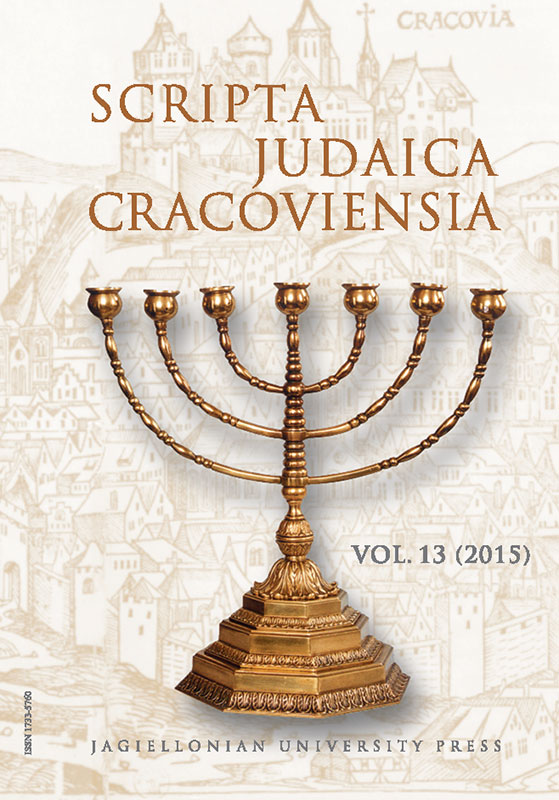 Summary/Abstract: The article examines Yiddish-Polish writers’ response to the Holocaust in their poetry written in the years 1941-1948 and published in Poland in the early postwar years, when the country enjoyed relative political freedom. Special attention is given to a highly interesting theme appearing in the wartime lyrics written by Jewish survivors in the East (like B. Heller, H. Rubin, R. Żhikhlinsky, A. Zak), i.e. their call to arms addressed to the Jews living in Nazi-occupied Poland. The refugees could not bear the thought that whole masses of Jews died without putting up a fight in the ghettoes and camps in the West. It was probably this helplessness that evolved into their poetic appeal addressed to their ghettoized brethren, their call for resistance and punishment of the Nazi German murderers. Interestingly, the works of some writers who survived in the ghettos (such as Y. Shpigl, Y. Katsenelson and others), prove that ghettoized Jews who were tormented by the “docile death” complex also dreamed about being involved in an armed struggle against the Nazi Germans, but were aware of their weakness in the face of a much stronger enemy. Immediately after the war, this discrepancy of experience and knowledge led to a serious lack of understanding between those Jews who had survived in Poland and those who had survived in the East. The article examines these difference of experiences as it is reflected in the poetry.