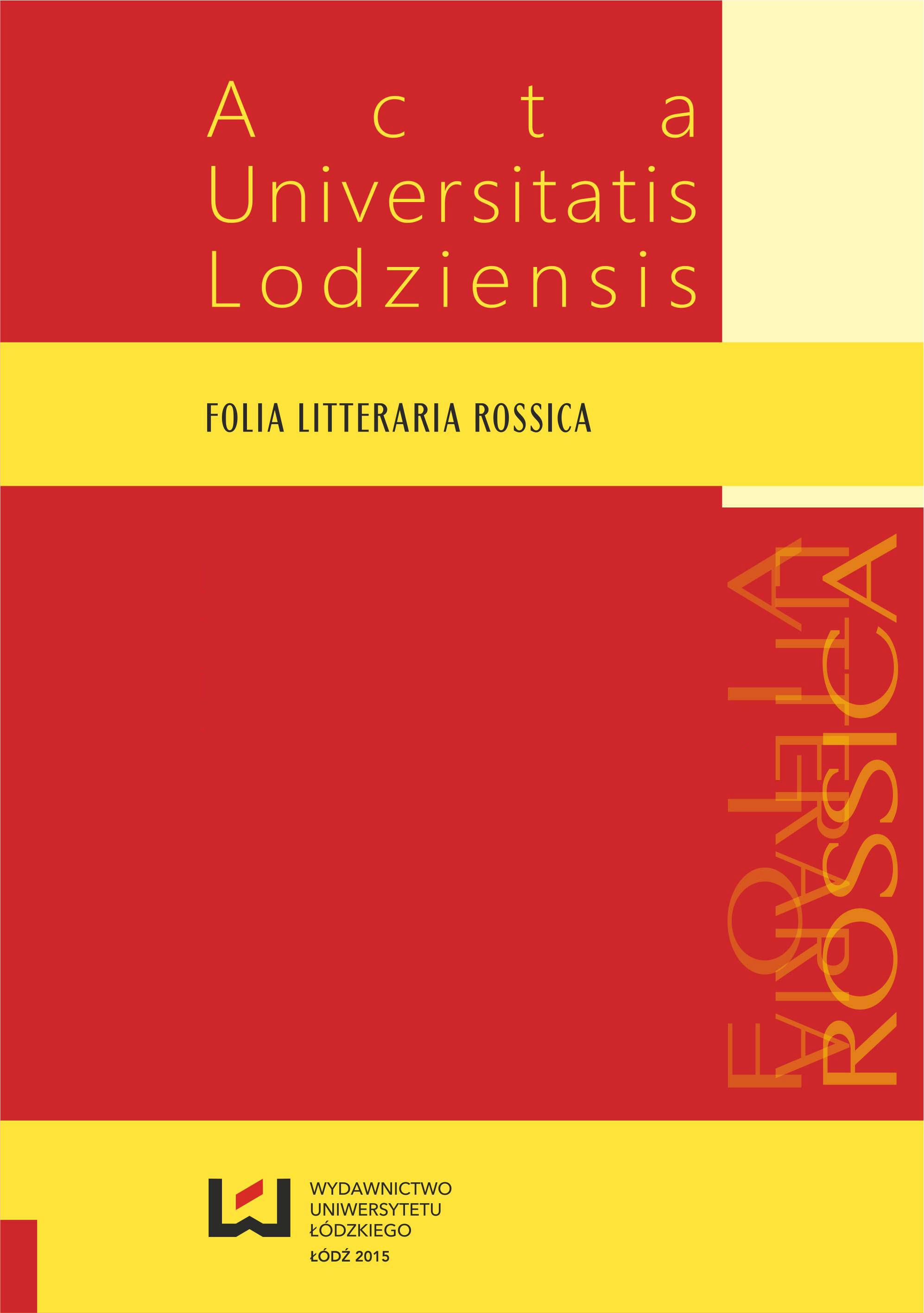 Summary/Abstract: The present study explores the ways of utilizing literature in political dispute, as defined by Bakhtin’s concept of speech genres exploited in secondary genres. The material includes Turgenev’s and Dostoyevsky’s novels and Yevgeny Chirikov’s family chronicle. The writers in question present politics in the anthropological sense of the term: as man’s relation to his social reality. The author attempts to determine which literary works were viewed as politically motivated and what functions they fulfilled in political disputes. The analysis reveals the following: literary works often served as a pretext to start a dispute, and in the dispute itself – as a means of defining the protagonists’ cultural and generational identity and values, as a rhetorical trick, as a source of social concepts and behaviours, as a catalyst for a revolutionary paradigm and, finally, as a means of discriminating against political opponents. On these grounds, the author is inclined to argue that Russian literature of the 19th century constituted a strong social communication component and provided ideological material for political discourse.