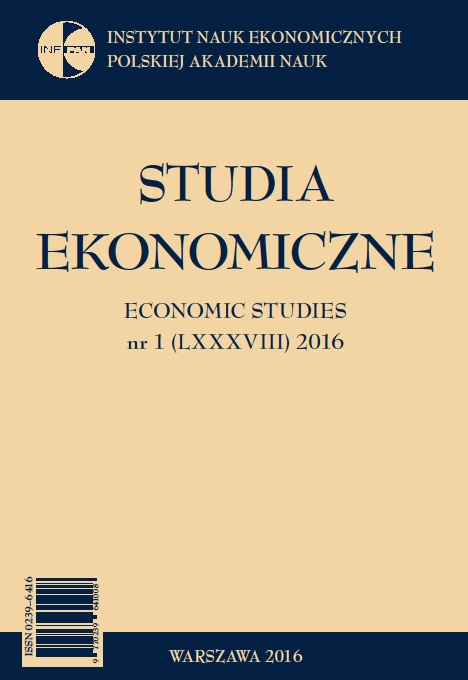 Summary/Abstract: Deflation in Poland, similarly as low inflation in the advanced economies, particularly in the euro area, seems surprisingly and unexpectedly persistent. This study attempts to verify to what extent traditional and hybrid versions of the New Keynesian Phillips Curve (NKPC, HNKPC) are useful in analyzing recent inflation developments in Poland. To make our analysis comprehensive and the conclusions robust, estimating the New Keynesian Phillips curves we take into account different variables representing inflation, inflation expectations, economic slack and imported inflation. Our results suggest that the recent disinflation in Poland – that started in 2012 and resulted in a prolonged deflation period – has been driven not only by a fall in commodity prices, but also by demand factors and by a reduced level of inflation expectations. We show that in order to make the HNKPC models able to replicate the recent disinflation, a specific set of proxies for explanatory variables should be used. It should include survey-based measures of economic agents’ inflation expectations (particularly, inflation expectations of enterprises), the transformed measure of the output gap that allows for a stronger impact of economic activity on inflation when the output gap is high or GDP growth rate relative to its mean as well as the real exchange rate gap. Analyzing stability of the Phillips curve estimated in terms of core inflation we find some signs of its flattening in recent years. At the same time HNKPC models with CPI inflation as explanatory variable suggest rather a steepening of the Phillips curve. Both types of models indicate, however, that the link between inflation expectations and actual inflation has weakened recently.